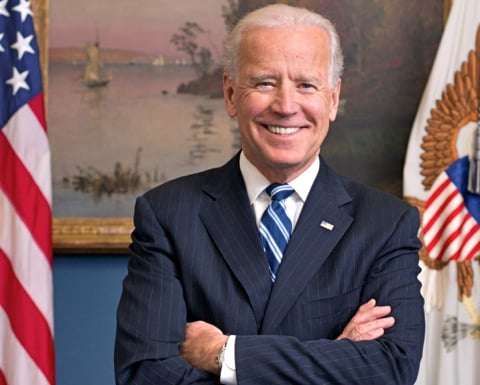 In an op-ed published in the Advocate, Biden wrote:

“They recognized the fundamental truth that every person is entitled to dignity and respect, and that there can be no justification for the denigration or persecution of anyone because of who they love or who they are.

“I cannot improve upon the perfectly Irish statements they made following this historic vote, but I can echo [Prime Minister Enda Kenny’s] words when he described the Irish as ‘a generous, compassionate, bold and joyful people,’ and that their choice will be ‘heard loudly across the living world as a sound of pioneering leadership.’”

He also noted that despite progress, there is still much work to be done on gay rights worldwide:

“There are still too many nations that deny people even the right to be safe from violence and severe discrimination, and too many states here in America that allow a person to be fired simply for being lesbian, gay, transgender, or bisexual."

Last month, Biden said that if the U.S. Supreme Court rules in favor of nationwide marriage equality in June, Obergefell v. Hodges will be remembered alongside the landmark civil rights case Brown v. Board of Education.