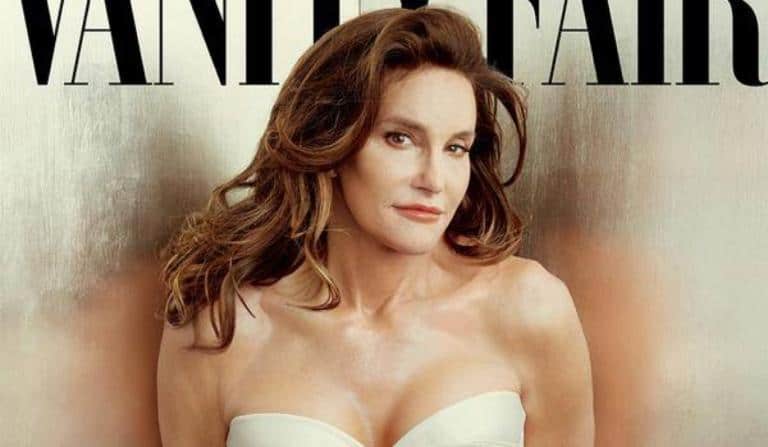 When Caitlyn Jenner — née Bruce — appeared on the cover of Vanity Fair this week, it was hailed as a milestone for transgender awareness in the United States.

The former Olympian, kind-of Kardashian, and reality TV personality has found herself billed as the most famous transgender American since Laverne Cox.

That got us thinking: Who are the other transgender celebrities showing the world what trans people can do?

All over the planet and in all sorts of fields, transgender women and men have earned their place in the limelight. Here are just 10 of the people raising the profile of transgender people worldwide.

Many people west of the Bosphorus may never have heard of Bülent “Diva” Ersoy, but this transgender performer has been a household name in her native Turkey for decades. Born in 1952, she rose to fame as a classical singer and actor while living as a man. By the late 1970s she was appearing on stage in sequined dresses that showed off a brand new pair of breasts and, in 1981, she traveled abroad for sex reassignment surgery.

She kept both her (male) first name and her fame, despite the ban on transgender people performing in public issued by Turkey’s repressive military government. After a period of voluntary exile in Germany, Ersoy returned in 1988 when Turkey’s law was changed and she was officially recognized as a woman.

She’s been one of the country’s biggest celebrities ever since, starring in movies, hosting her own TV show, appearing as a judge on Turkey’s Pop Idol, marrying — and divorcing — two younger men, having more and more plastic surgery, and generally doing everything you’d expect a diva to do. Her habit of speaking her mind still gets her into trouble with the authorities from time to time, but no government has yet made the performer nicknamed “Big Sister” keep quiet. Would they dare? 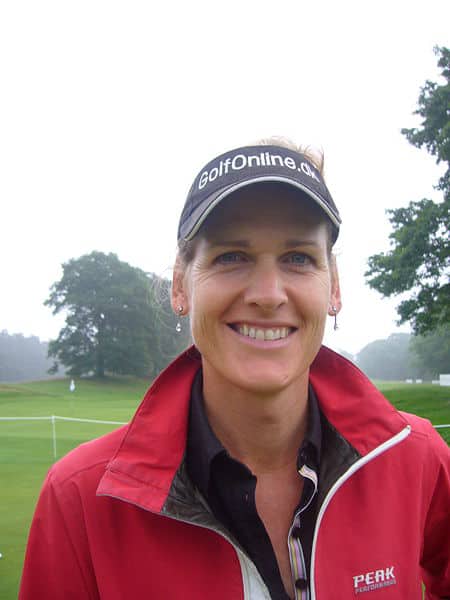 Danish-born, Australian-raised Mianne Bagger is a pioneer in one of the world’s most infamously conservative sports: golf. After undergoing sex reassignment surgery in 1995, she returned to the game she’d loved when the world still saw her as a boy. She quickly rose to the top of the amateur circuit in Australia, but so long as pro golf associations insisted that only women who were born women could compete — the “female at birth” rule — she couldn’t take her talent any further.

In response, Bagger spent the next few years advocating powerfully for the rights of post-transition athletes who, as she pointed out to many an ill-informed critic, were not shown to have any clear physical advantage over their female-at-birth opponents. Her arguments were convincing and association after association amended their rules (though it would be a while before the LPGA amended theirs). In 2004, Bagger became the first openly transgender woman to play in the Women’s Australian Open and the year after, on the Ladies’ European Tour. 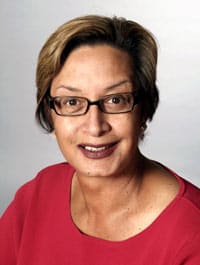 Georgina Beyer has a string of firsts to her name, which, by the way, used to be George Bertrand. When the former actor, cabaret singer and sex worker was elected mayor of the little town of Carterton in 1995, she became the first openly transgender person to hold an equivalent office in New Zealand, or anywhere in the world. When she was elected to parliament for the Labour Party four years later, she became the world’s first trans MP. The same electorate of rural, traditionally conservative voters would go on to re-elect her twice more.

Beyer resigned from parliament in 2007. Last year she returned to politics as a candidate for the Mana Party in New Zealand’s general election. She didn’t win a seat, but remains a prominent commentator, especially on LGBT rights. Who do you think was the first person New Zealand’s papers asked for a reaction to Caitlyn Jenner’s transition, for instance? That’s right: Georgina Beyer. 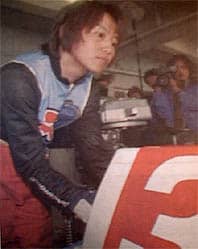 Competing as Chinatsu, a woman, Ando dominated the high-adrenaline sport of pro speedboat racing for almost two decades. In 2002, at the age of 39, he announced that he would henceforth be known as Hiromasa, a man.

The news was widely and sometimes sensationally reported in a country with few high-profile transgender figures at the time, and even fewer trans men. Even so, Ando barely had to interrupt his career while he made the transition: Japan’s motorboat racing federation allowed him to continue competing both before and after his sex reassignment surgery. “I feel great,” Ando said after his first race as Hiromasa later that year. “I could participate as my real self.”

The single most incredible thing about Jin Xing’s life is that no one has turned it into a movie — yet. Raised a boy in north-east China, Jin joined the People’s Liberation Army at the age of nine in order to train as a dancer in its entertainment division. Rigorously drilled in both soldiering and ballet, she was a colonel in the army’s performance troupe before she was 18 and soon after won China’s nationwide dance contest.

Jin left China to study, and then perform, in the United States and Europe. But she returned home at 26 with a very specific purpose: to become the woman she’d realized she was meant to be. She insisted on having sex reassignment surgery in China, even though doctors there didn’t have much experience in the procedure at the time. The operation left one of her legs partially paralyzed. It took her just three months to get fit enough to dance again.

Nothing has stopped her since. As a woman — and China’s first openly transgender celebrity — Jin set up her own dance troupe, established herself as the country’s foremost contemporary choreographer, opened a trendy Beijing bar, acted in films and on stage, adopted three children, got married, and became an infamously hard-to-please judge on China’s “So You Think You Can Dance.” She currently hosts her own TV talk show, which she describes as “preparation.”

“People say I’ll be the most influential woman in this country,” she told one interviewer recently. “I say, ‘I know it, but not yet. I’m working on it.’”

Fans of kuduro, Angola’s frenetic cross between techno and rap, will recognize Titica instantly. Her 2011 single “Chão Chão” was played almost non-stop in her home country and soon became a hit with Angolans all over the world, earning her invitations to perform in Portugal, Brazil, the UK and the US as well as the title of kuduro artist of the year. She even appeared at a concert of “divas” for the Angolan president.

All of which is pretty remarkable for a performer born Teca Miguel Garcia in a conservative Catholic country where homosexuality is illegal. Titica went abroad for the surgery that created her ample chest and hips — “like a guitar” as she describes them — and has lived as a woman since 2008. It hasn’t been easy. “I’ve been stoned, I’ve been beaten, and there is a lot of prejudice against me,” she told the BBC in 2012.

Still, simply by being so visible — and making such damn catchy songs — Titica hopes she’s striking through a few of the taboos. “I don’t think that my songs can completely change mentalities, but at least they’re making the public more aware of our struggles,” she says. 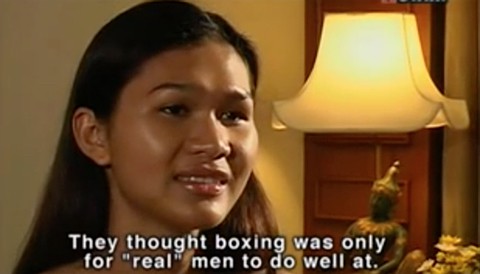 Better known by the nickname “Nong Toom,” Parinya Charoenphol took the Thai kickboxing scene by storm when she began fighting professionally in her teens, a lithe 16-year-old in lip gloss and nail polish who liked to kiss her opponents on the cheek after clocking them. Toom, then still biologically male, put her formidable skills down to a childhood spent seeing off those who teased her for cross-dressing. “I don’t equate femininity with weakness,” she once explained.

Toom was one of kickboxing’s biggest stars throughout the mid-90s before putting her career on hold and having gender reassignment surgery in 1999. She has since made various high-profile comebacks in the ring, against both male and female opponents, performed a one-woman stage show, been the subject of a biopic and played a transgender movie superhero. She remains one of Thailand’s most iconic “kathoey” (transgender women) to this day. 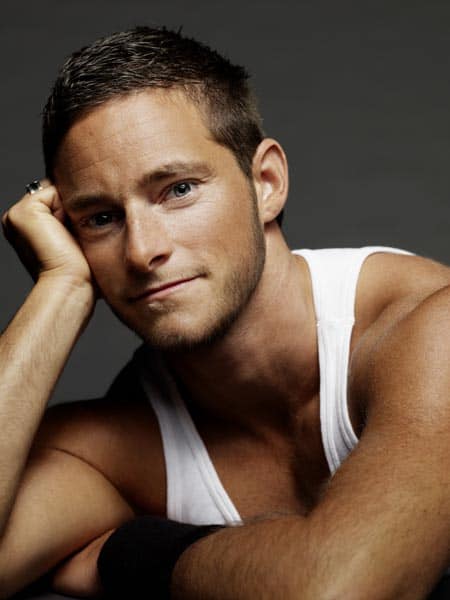 Back when Balian Buschbaum was Yvonne, he was one of Germany’s best pole vaulters. He represented his country in all the top European and worldwide competitions, including the Sydney Olympics in 2000. In 2003, he clocked his personal record of 4.70 meters, an achievement only four of his female compatriots have ever bested.

Four years later, Buschbaum announced that he would be retiring from sport and beginning his transition to a man. Since reintroducing himself to the world as Balian, he’s built a second career as a coach, motivational speaker, author and contestant on the German equivalent of “Dancing with the Stars.” 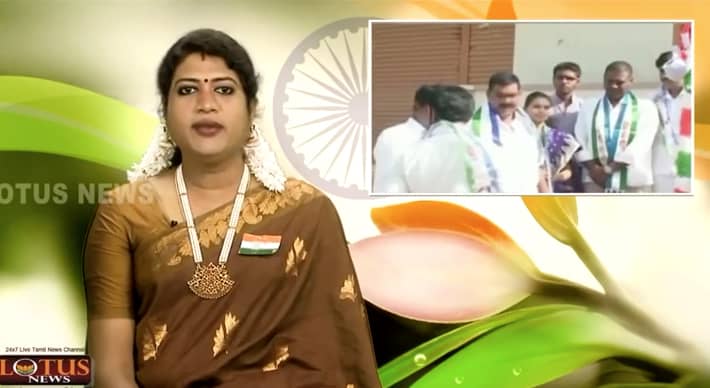 Switch on the nightly 7 p.m. news in Coimbatore, India, and you’ll see Padmini Prakash making history. The 31-year-old has presented the main bulletin on Tamil-language channel Lotus TV since August 2014, when she became the first openly transgender news anchor in India.

Disowned by her family as a teenager and saved from suicide, Prakash first found work as a dancer, then as an actress. She went on to compete in the trans beauty pageants reserved for the braver members of India’s estimated two-million-strong population of hijira, or transgender people. Last year, after the Indian Supreme Court recognized “the right of every human being to choose their gender” and ordered the government to provide equal protection and opportunity for hijira, Lotus TV hired Prakash.

After two months of training, Prakash presented her first show on Indian Independence Day. “Padmini now anchors better than many others,” a spokesperson for the station said. “We get very good feedback from viewers.” 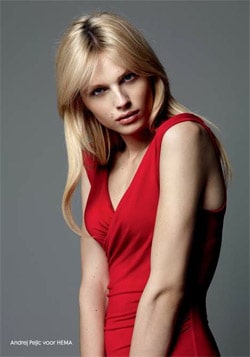 Sharp of cheekbone, flat of chest, narrow of hip and over 6-feet tall, Bosnian-born Andreja Pejic was every fashion designer’s dream when she began modeling in 2010. Then a male model still going by her birth name, Andrej, she quickly became a catwalk favorite for both men’s and women’s wear, memorably becoming the first man to model one of Jean Paul Gaultier’s wedding dresses. In 2011 she featured both in Models.com’s list of Top 50 Male Models and FHM’s 100 Sexiest Women (even though she blew the magazine’s tiny collective mind).

Appearances on magazine covers, TV shows and in a David Bowie music video followed. Then, in 2014, Pejic announced that she had had sex reassignment surgery and would henceforth be Andreja.

“Ultimately, my biggest dream was to be a girl,” she told Style.com. “I wasn’t ready to talk about it before in a public way because I was scared that I would not be understood. I didn’t know if people would like me.”

Guess what? They do. Like Brazilian-Italian model Lea T before her, Pejic now gets bookings and beauty contracts as an openly transgender woman. Catch her in last month’s Vogue as the poster girl for transgender beauty.

This article originally appeared on GlobalPost.