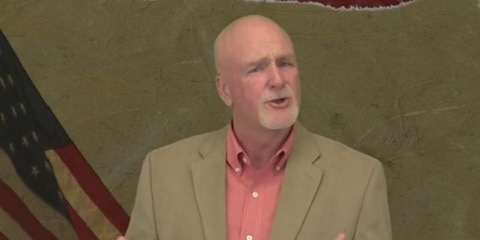 “Here is the only thing that will satisfy this agenda, and it’s very clear: participation.

“They are trying to force their lifestyle on [Christians], come out and have sex with us, [you] have to participate. They’re going to force participation and that’s what we’re seeing around the country.”

Not to be outdone, Barton – who recently said that the government has a moral duty to ban homosexuality – added that city nondiscrimination ordinances are really attempts to legalize discrimination against Christians:

“Any time you talk about nondiscrimination, what you are saying is discriminating against people of faith…

“So whenever you hear nondiscrimination anything in the last 15 years, you can be assured that becomes a legal weapons by which to divorce you from your faith and make you bow down to what they want and their viewpoints.”

Listen to the discussion below.