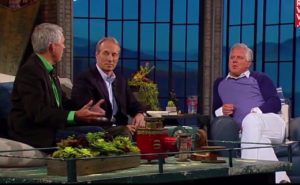 The Christian activists went overboard on the fear-mongering, saying that if same-sex marriage becomes legal, churches will be stripped of their tax-exempt status, people will lose their jobs for attending an anti-gay church and the bible will be outlawed as a “hate book.”

Barton went on to egregiously claim that the the legalization of same-sex marriage will lead to pedophilia gaining legal protection.

Recently, regular sparring partners Barton and Beck argued that the government has a moral duty to ban homosexuality.

Watch the discussion below.