Speaking on Beck’s television show last week, wingnut David Barton weighed in on the supposed “rights” of Christians to discriminate against gay people 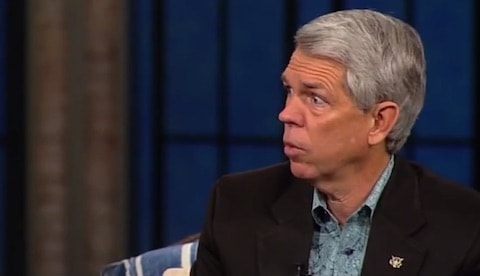 You know you’re dealing with someone unhinged when Glenn Beck comes across as the moderate one.

Barton argued that the government is overstepping its jurisdiction by requiring Christians to violate their god-given rights, which he bizarrely illustrated by comparing those rights to someone repainting some else's car because they didn't like the original color.

However, when Beck commented that "the government can't say 'you can't be a homosexual' because … that's how you practice your life,” Barton went on to suggest that homosexuality could be banned because the government has a moral duty to protect its citizens:

Back in 2013, Barton said that right-thinking Christians shouldn't drink Starbucks coffee because the company is "pouring all this money into destroying traditional marriage."