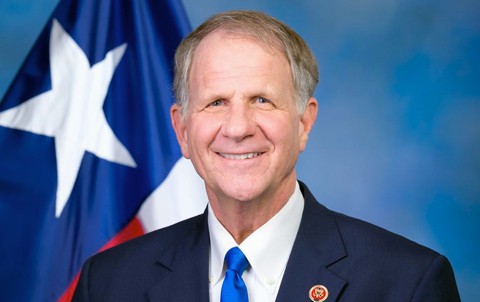 Appearing on “The Sam Malone Show” in Houston, Poe said he believes the U.S. Supreme Court will rule that gay couples have a constitutional right to marry under the 14th Amendment’s guarantee of equal protection.

Malone then suggested that people could claim a right to marry their “farm animal.”

But Poe wouldn’t take the bait on bestiality.

“Well, the farm animal is not a person,” Poe said. “When it comes to persons, what are they gonna say? For 4,000 years marriage has been one man and one woman at a time.”

Poe’s district was redrawn to include Montrose in 2012. More on that from Texas Leftist:

So just what does Congressman Poe have in common with Houston’s progressive community? As it turns out, absolutely NOTHING. His has worked hard to earn a 0 rating from the Human Rights Campaign, which means that he is the absolute enemy on all GLBT issues from marriage equality to hate crimes prevention. Had Ted Poe had his way, the Don’t Ask, Don’t Tell policy for our nation’s military would still be in place. And of course the Congressman is new to our area, but it’s worth noting that he was one of only 7 house members to vote against the Ryan White CARE Act reauthorization in 2009. Named after an Indiana teenage that died of the disease, Ryan White CARE is “insurance of last resort” for poor advanced HIV and AIDS patients when they can’t get medication or healthcare elsewhere. It’s also a critical funding source for clinics in the Montrose area that treat these patients. Well guess what, neighbors… it’s up for Reauthorization again this year.

Watch and listen at the 1:07 mark in the video below.