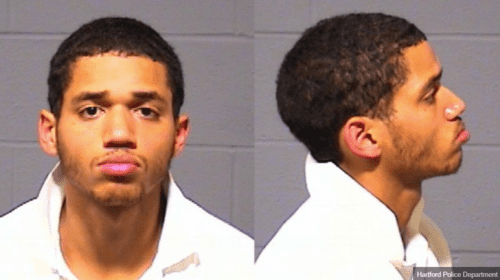 Police are investigating whether the shooting of a pastor in Hartford, Connecticut last week was a hate crime in retaliation to the church being “accepting and open to the LGBT community.” 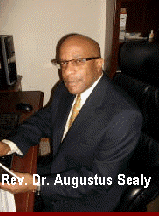 “Some language used in the incident — and given where it was, in front of a church known to be accepting of our LGBT community — it led us to have concern that this is a hate crime,” Deputy Police Chief Brian Foley said in an interview Tuesday.

Just before 6:30 a.m. Sunday, Rev. Augustus Sealy, 54, was placing flags in front of the Hartford First Church of the Nazarene to honor veterans for Memorial Day. The service that followed was supposed to be a celebration of his five-year anniversary as senior pastor.

An assistant to Sealy told BuzzFeed “we don’t like the [gay] lifestyle, but we like the people — the individuals. I think we are tolerant of the people. We are very caring of other people.”

Authorities have obtained an arrest warrant for Aaron J. Taylor (above), the suspected shooter. According to police, Sealy’s shooting is related to a separate hate crime incident that occurred days before.

Sealy was shot twice in the right leg and once in the left shoulder and is said to be still recovering.

Watch a News8 report on both incidents, AFTER THE JUMP…(warning: graphic footage)

Previous Post: « Anti-Gay Russian Lawmaker Vitaly Milonov Introduces Bill to Ban Shirtless Men in Public
Next Post: NYC Pride’s Ad Encouraging You to ‘Shout for Those Who Couldn’t’ Will Leave a Lump in Your Throat: VIDEO »