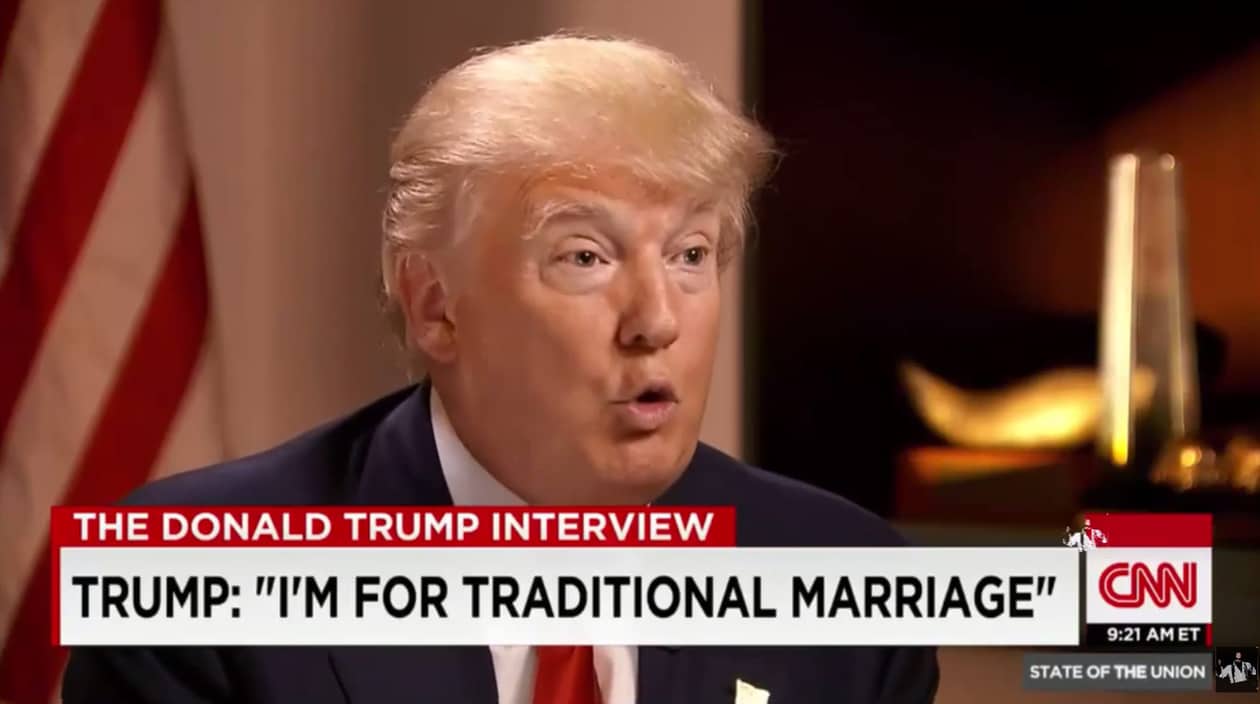 In an interview on CNN’s State of the Union Sunday, Jake Tapper pressed Republican Presidential hopeful Donald Trump on how he justifies supporting what he calls “traditional marriage” when Trump has been married three times.

Trump admitted to Tapper that gay Americans “have a very good point” when questioning whether Trump can claim that his own marriages have been “traditional” in any sense of the term. But beyond that concession, he had nothing else to add to the conversation on same-sex marriage, appearing flummoxed for an explanation as to how he reconciles his beliefs with his own personal life.

“Well, they have a very good point,” Trump admitted. “But I’ve been a very hardworking person. And actually, I have a great marriage, I have a great wife now. My [first] two wives were very good.”

“But what do you say to a lesbian or a gay man?” Tapper pressed.