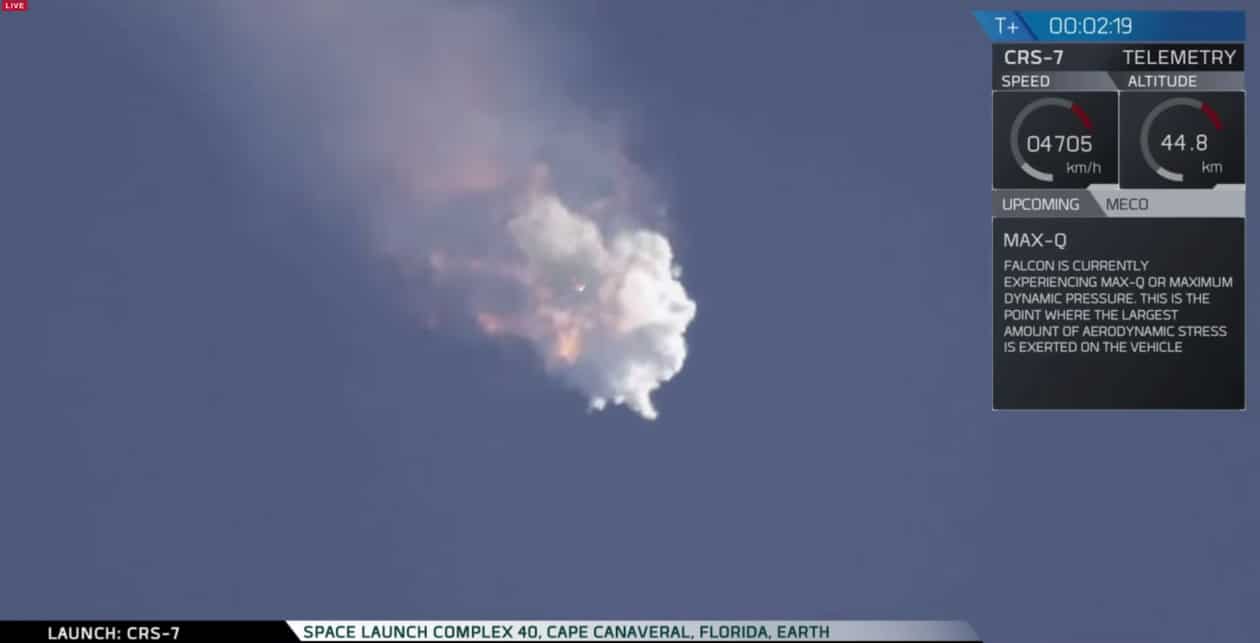 An unmanned SpaceX rocket headed to the International Space Station launched from Cape Canaveral, Florida exploded mid-air Sunday morning as the result of a major malfunction.

The shipment was carrying more than 4,000 pounds of cargo, including food for astronauts, spare parts and an adapter built to allow future manned missions to dock at the space station.

The adapter, which weighs more than 1,000 pounds by itself, was built by Boeing and plays an essential role in the government’s plan to send astronauts to space via manned rockets instead of shuttles.

It was first failure in 19 launchings of the Falcon 9 rocket built by Space Exploration Technologies of Hawthorne, Calif., better known as SpaceX.

This episode follows the failures of two other cargo rockets. In October, an Antares rocket, built by Orbital ATK, exploded on the launching pad in Virginia. In May, a Russian Progress rocket spun out of control, unable to reach the space station.

The six astronauts on the space station are not in any immediate danger, with several months of supplies.