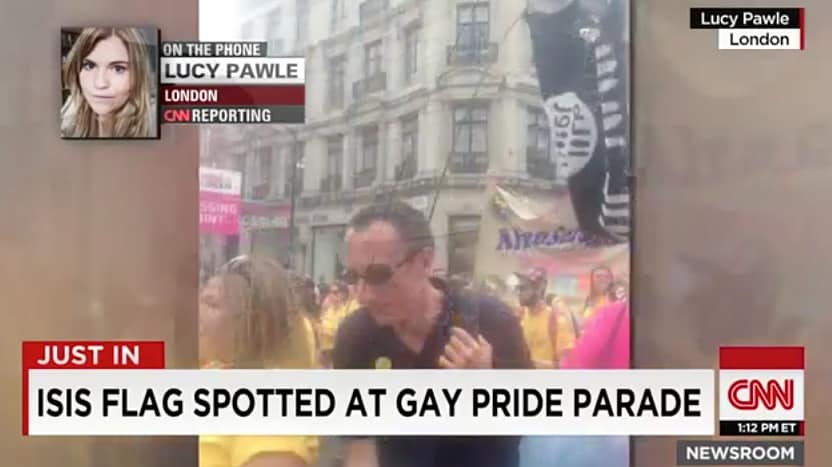 CNN’s London reporter Lucy Pawle was extremely concerned by an ISIS resembling-flag she spotted in London’s Gay Pride parade and wondered why no one else was reporting on it.

Said Pawle: “If you look at the flag closely, it’s clearly not Arabic. In fact, it looks like it could be gobbledegook. But it’s very distinctively the ISIS flag.”

The reason Pawle could not make out Arabic is that the flag was a parody, its script made up of images of various sex toys.

CNN has since removed the report from its website.