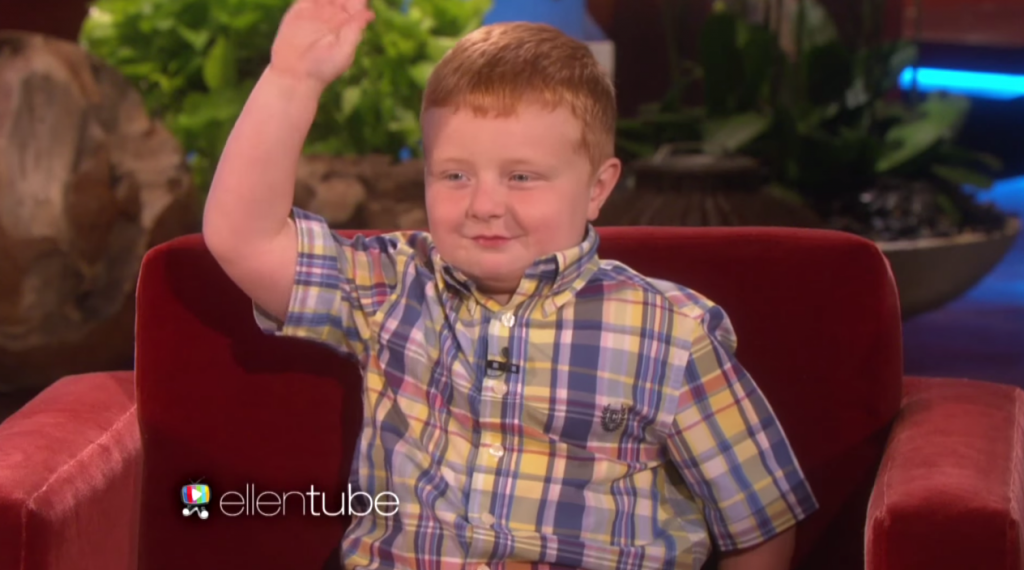 It’s hard to believe it’s only been 10 months since Noah Ritter stole America’s collective heart with his unforgettable TV interview at the Wayne County Fair in Pennsylvania in which he uttered the word “apparently” eight times in less than a minute and a half.

Shortly after his interview went viral, Ellen invited the precocious five-year-old onto her show and since then Noah has been busy taking walks with dinosaurs, facing off against Chris Pratt in a prehistoric game of trivia, and eating plenty of his favorite food: pizza.