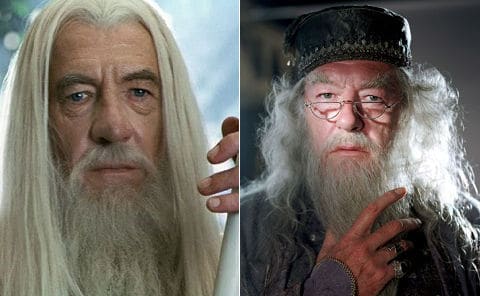 The Hobbit’s Gandalf the White and Harry Potter’s Professor Albus Dumbledore are getting married opposite The Westboro Baptist Church (WBC) next weekend, reports Huffington Post. 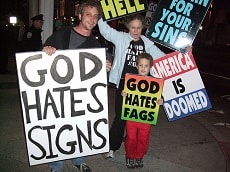 The two fictional characters will wed on Sunday at the Equality House in Topeka, Kansas, across the street from the hate group’s compound.

The wedding came about after Harry Potter author J.K. Rowling asked in a tweet, "what if Dumbledore and Gandalf were gay together?" The tweet was in response to Ireland’s recent same-sex marriage referendum.

When WBC threatened to picket the fictional wedding, Rowling replied “the sheer awesomeness of such a union…would blow your tiny bigoted minds out of your thick sloping skulls.”

.@WBCsigns Alas, the sheer awesomeness of such a union in such a place would blow your tiny bigoted minds out of your thick sloping skulls.

Following the interaction, Planting Peace founder Aaron Jackson was inspired to make the wedding a reality in order to raise money to fight WBC’s homophobic pickets.

"When we read the battle between J.K. Rowling and the Westboro Baptist Church, we instantly connected with Ms. Rowling’s message on many levels. The Equality House was founded to take a stand against the hurtful words and actions of hate groups like the WBC. People often question why we even mention them, and Ms. Rowling’s words were spot on. We must actively stand up to hate and ensure that LGBTQ youth understand that they have a broad platform of love and support in this world. That is a core part of what we do at Planting Peace. We are delighted to be hosting the Dumbledore and Gandalf wedding and stand with them in the face of bigotry and celebrate equality for all. The WBC won't have to go too far to picket this union. They can look out their front window."

To remind yourself how fun it is to troll WEBC, watch Steve Greene do it in spiffing fashion, AFTER THE JUMP…