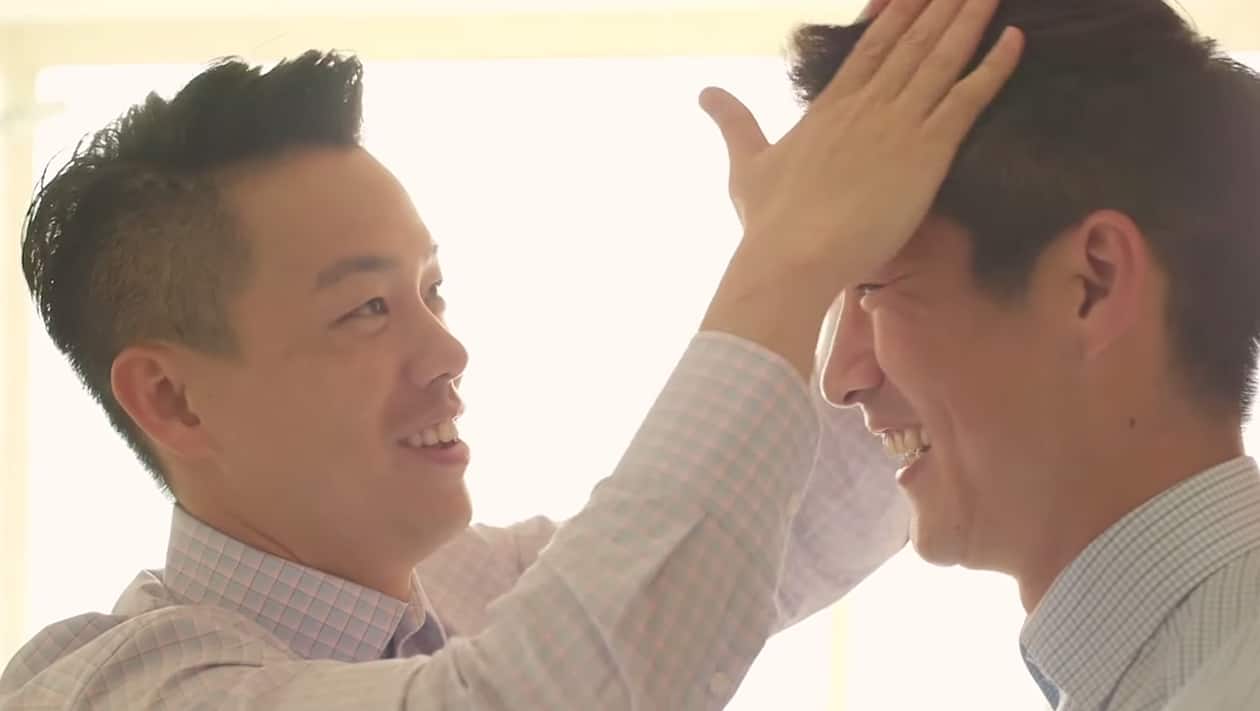 No doubt a proverbial nod towards the Supreme Court’s upcoming decision on same-sex marriage (tick, tock), Hillary notes that the progress LGBT Americans have achieved “was not easily won.” In a stirring voice over intercut with the celebrations of LGBT couples saying “I do” she declares, “Being LGBT does not make you less human. And that is why gay rights are human rights. And human rights are gay rights.” Hillary has made that assertion before and it is also notably an allusion to her now-famous 1995 speech in Beijing where she declared that women’s rights are human rights, and human rights are women’s rights.