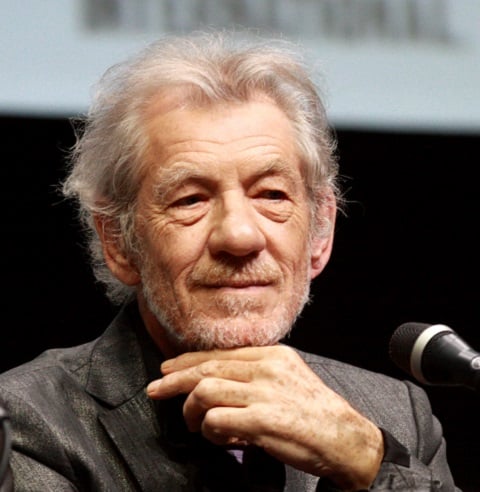 In an interview with HuffPost Gay Voices, Sir Ian McKellen – one of the four Grand Marshals at this year’s New York City Pride – has said that coming out made him a better actor.

The actor also discusses his work with Stonewall UK, The Trevor Project, the evolution of gay rights in the UK and the Albert Kennedy Trust.

On coming out, he says:

“You must come out for the good of yourself. The rest will follow. Nor does it mean that if you do come out, you have to immediately start talking about gay issues as if you were an expert.

“There are a lot of lonely people all over the world, even in countries where the law does not discriminate against them. No one should be forced to talk about being gay and about these issues, but I think when you come out, you’re likely to be politicized, which really only means that you’ll make connections. You’ll realize that you’re own experience can be relevant to people even in far distant lands whose cultures are quite different. The experience of coming out is an experience that all gay people share.

“…it is true that my film career took off after I’d come out. One of the first parts that drew attention to me in cinema roles is Gods of Monsters, which is about a gay man. And it didn’t bother the producers and director of Lord of the Rings that Gandalf was an openly gay man. There was some silly dirty remarks about “Gandalf the gay,” but [being gay] has not been an impediment either before I came out or after.”

“…they’re not alone. They may feel very, very cut off. And the coming out journey may take a very long time — as it did for me — or it can all be done very, very quickly. But accept that it’s a process. And it’s a progress.

“And thank goodness there is so much literature — there’s so much online, so much positive literature that you can read! The Trevor Project is a good way to start. Their website recommends reading material and other ways in which you can contact other gay people. You’ll discover that you’re really not alone.”

In case you missed it, watch a trailer of McKellen’s next film Mr Holmes, which is set to be released next month, AFTER THE JUMP…