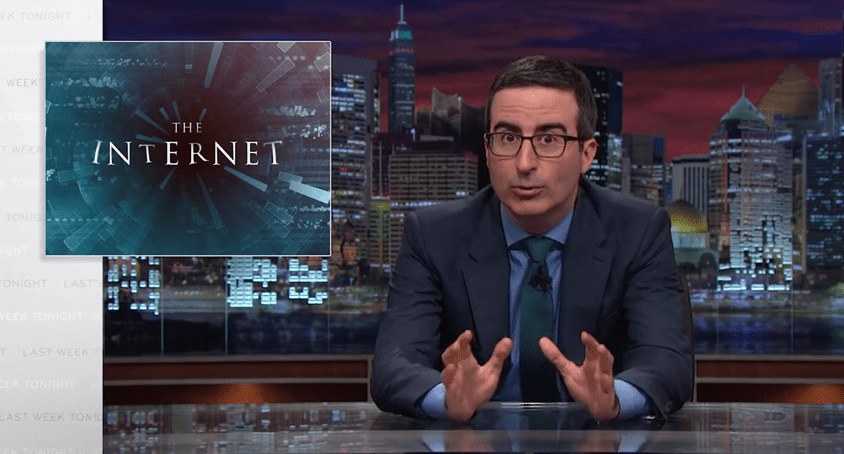 Last Week Tonight host John Oliver’s main topic on Sunday’s show was the internet, which despite being our repository for cat videos and nut-shot compilation clips, has also managed to become a breeding ground for things less savory.

Oliver opened the segment with a early 90s AOL advert featuring a guy raving about the wonderful possibilities of the internet, including meeting his “kayaking buddies” through live-chat.

“Okay, I’m now pretty sure ‘kayaking buddies‘ is a euphemism.” quipped Oliver. “I’m not saying he’s not going to meet his new buddies in a shed by a lake, I’m just saying there’s not going to be a kayak involved.”