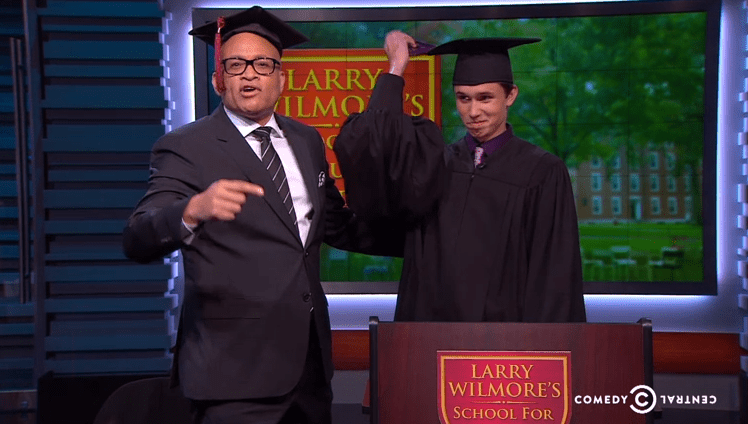 Understandably aggravated with the story of Evan Young, the high school valedictorian banned from reading his graduation ceremony speech because of his plan to come out as gay, Nightly Show host Larry Wilmore invited the bright young man onto his show last night to recite his speech to a much larger audience than he would have originally (had his school’s administrators not been such homophobic dingbats in the first place).

Said Young in his speech: 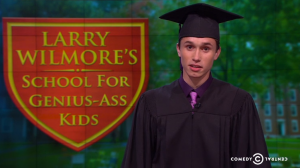 That’s my biggest secret of all. I’m gay. I understand this might be offensive to some people but it’s who I am and whether you’ve always suspected this or this is a total shock to you, now you know. When I was writing this speech I was endlessly debating with myself whether I should reveal this on account of how divisive an issue this is and how gay people tend to be stereotyped and I thought that if I did, I should repeatedly apologize and beg you guys not to think any differently of me. But then I realized, I don’t have to. I shouldn’t have to. If there’s one thing I learned at this school, it’s that we can still be friends even if we profoundly disagree with each other.