A North Carolina pastor has been accused of making homophobic comments at a high school graduation ceremony, telling students gay people will go to hell 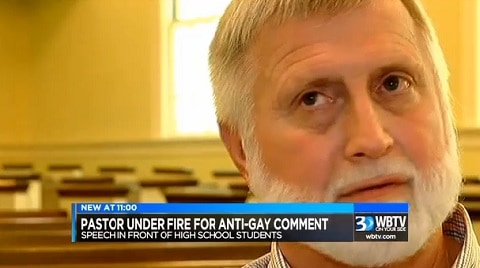 A North Carolina pastor has been accused of making homophobic comments at a high school graduation ceremony, reports WISTV.

According to angry parents and students, Pastor Scott Carpenter told graduating students that they would go to hell if they are gay. 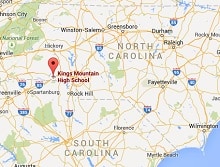 A parent of one student at Kings Mountain High School, Cleveland County said:

“It's a public school. There are children here. I think there should be some level of responsibility of the speaker coming in to not take advantage of a captive audience.”

However, Carpenter has said that he has no regrets because he loves the students “too much to not tell them the truth”:

Cleveland County Schools have said in future they may be more cautious about the selection process of baccalaureate speakers.

Watch a report on the remarks, AFTER THE JUMP…

Previous Post: « Who’ll Be on Top? 2015 Tony Award Predictions
Next Post: Caitlyn Jenner Is ‘The New Normal’ In First Promo for Docu-Series ‘I Am Cait’ – WATCH »