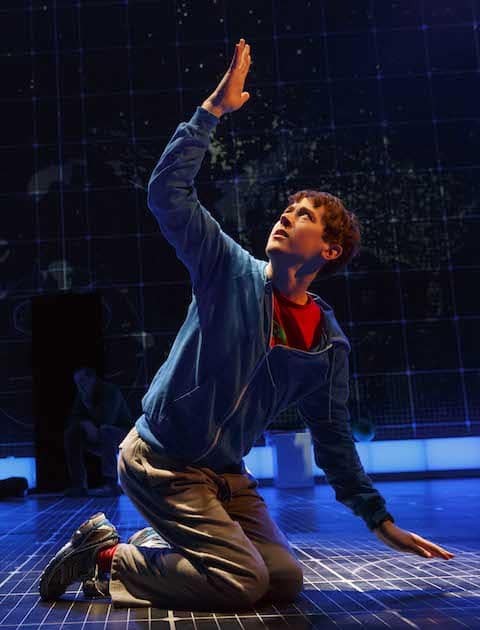 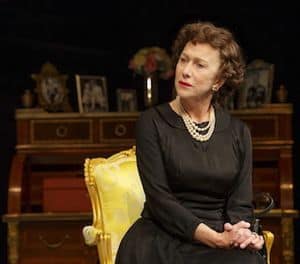 Brits are primed to win big in the play categories, with the National Theatre’s searing, imaginative production of Simon Stephens’ The Curious Incident of the Dog in the Night-Time (based on the novel by Mark Haddon) poised to take home Best Play, as well as top prizes for director Marianne Elliott and young leading actor Alex Sharp, for his jaw-dropping Broadway debut. Stephen Daldry’s starry production of David Hare’s Skylight, with Carey Mulligan and Bill Nighy, is also a major contender for Best Revival of a Play, and co-star Matthew Beard stands a good chance in the featured actor category.

Despite honorable competition from fellow U.K. natives Ms. Mulligan and Ruth Wilson (Constellations), as well Elisabeth Moss (The Heidi Chronicles), Helen Mirren is sure to reign supreme for her return to the role of Queen Elizabeth, in Peter Morgan’s The Audience. Funny girl Anna Leigh Ashford’s spit-take inducing turn in You Can’t Take It with You is a favorite in the featured actress category, while Scott Ellis’ frothy-sweet production could mean competition for the more serious-minded Skylight. 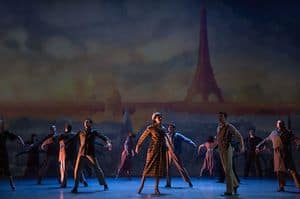 The musical races belong to the Americans: Fun Home and An American in Paris are going head to head, and look likely to split most major categories, with the Francophiles pulling through for the Best Musical win. The intimate, lovingly rendered adaptation of Alison Bechdel’s graphic novel is nearly certain to bring home Tonys for book and lyric writer Lisa Kron and composer Jeanine Tesori. Sam Gold is likely to be recognized for his dynamic and intimate in-the-round staging, and any one of the show’s three featured actresses, including young newcomers Sydney Lucas and Emily Skeggs, could take the prize, though my bet is on stage vet Judy Kuhn.

Christopher Wheeldon, whose stunning ballet suffuses every aspect of the Gershwin-scored, Paris-set romance (which he also directed), is very likely to top Best Choreography, while the show’s leading man, Robert Fairchild, has a good shot at leading actor, and one of his two nominated co-stars, Max von Essen could join him with a featured actor win. 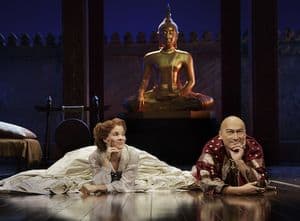 While the Best Musical race is neck-and-neck, Lincoln Center Theatre’s lavish production of The King and I is a clear favorite in the revival category, with Bartlett Sher also in strong contention for his direction. The luminous Kelli O’Hara, with her sixth (!) Tony nomination in 10 years, faces stiff competition for leading actress in a musical, the evening’s toughest race. One of her challengers will be front and center (host Chenoweth, nominated for On the Twentieth Century), and the other is the legendary Chita Rivera, appearing in what may be one of her final Broadway bows (The Visit). It’s really anyone’s game — but even if O’Hara doesn’t take home the win this time, she is already well on her way to becoming a legend herself.