The City Council in Belfast, Northern Ireland has voted in favor of same-sex marriage, 38 votes to 13, reports the BBC. 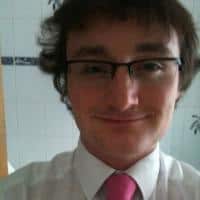 Proposed by Alliance Councillor Emmet McDonough-Brown (right, image via Twitter), the vote was supported by Councillors from Sinn Féin, the SDLP, Green Party, PUP, and People Before Profit and Alliance.

All but three Ulster Unionists voted for the motion and were joined by all of the DUP councillors.

In April, the Northern Ireland Assembly voted against same-sex marriage for the fourth time.

"The sky has not fallen in. All that happens is that people who want to commit to each other are able to.”

He added that the province is now seen as a “backwater, an embarrassment” because it is the only part of the United Kingdom that does not allow same-sex marriage.

Delighted @belfastcc supports my #MarriageEquaility motion. It's always impossible until it's done. Proud to support those I admire and love

“This is the type of politics we should be talking about.  There’s a groundswell of goodwill sweeping across these islands. I remember when fire and brimstone dominated politics here.  This place is changing.

“What an act of forward leadership to say this country belongs to everyone.

“One of the ironies about this debate is that some of the people who oppose it say it undermines the institution of marriage.  How does love undermine marriage?  I don’t understand how they feel it undermines it.  In fact, it’s quite the opposite. It’s time for this part of this island, of these islands, to support marriage equality.”

Watch people in Northern Ireland reacting to the Republic’s vote in favor of same-sex marriage, AFTER THE JUMP…