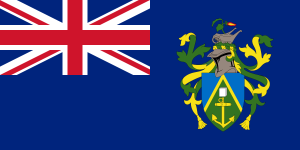 The smallest country in the world, Pitcairn Islands (pop: 48) may have just legalized gay marriage, but according to seventh-generation resident Meralda Warren, it may be a while before the country can round up enough LGBT natives to tie the knot. 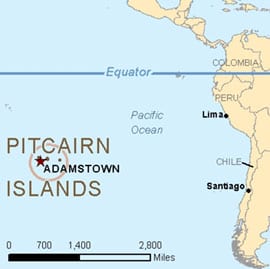 “Warren said she knew of just one islander who had identified as gay, and that was a long time ago. And she said any gay couples wanting to marry might have difficulty, as the island’s only preacher was a member of the Seventh-day Adventist Church, a denomination which opposes gay marriage.” She said the island administrator might be able to officiate.

Rodney Croome, the national director of the same-sex advocacy group Australian Marriage Equality, said even if there are no gay couples currently living on Pitcairn, there could be some who had left the island who might be able to return and marry.

“And assuming there’s not a residency requirement, I could imagine some couples from off the island might find it a romantic destination, including Australians who can’t marry in their own country.”

Previous Post: « Fire Island’s ‘Ascension’ Party Joins Boycott of Reisner-Weiderpass, Moves to Greece
Next Post: Mindblowing Video Asks ‘What Would Life Be Like Without The Internet?’ – WATCH »