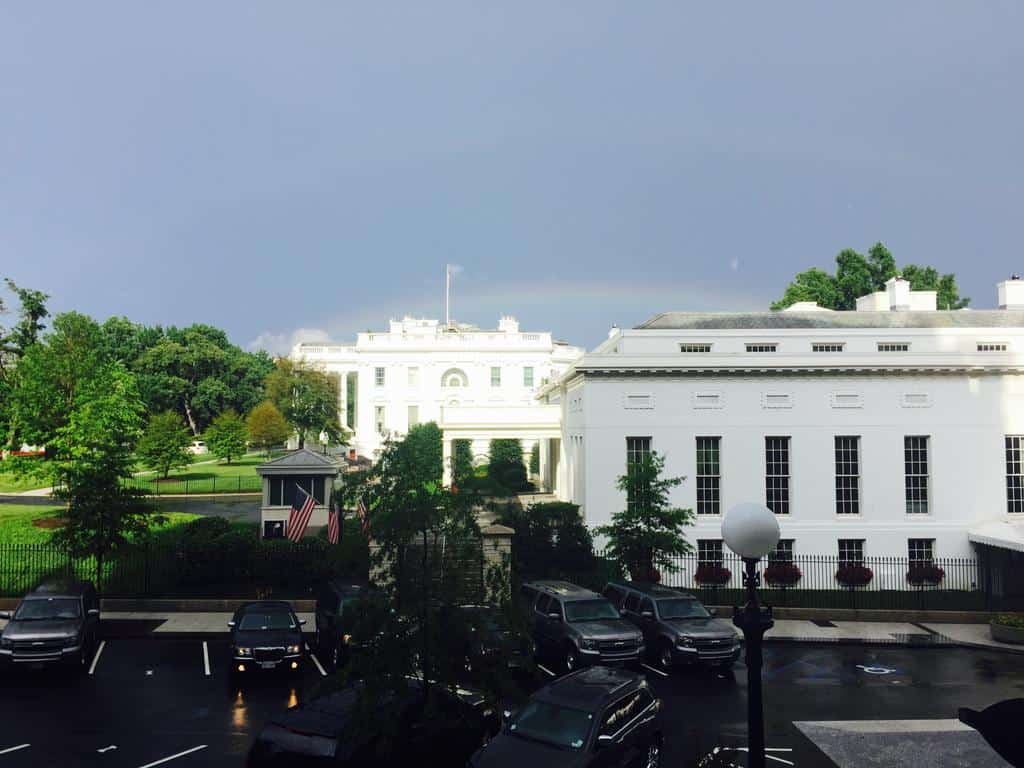 A double rainbow appeared over the White House shortly after the marriage equality ruling this morning.

Senior White House official Betsey Stevenson, a member of the Council of Economic Advisers, captured what looked like a sign from the heavens on Friday at 11 a.m. Stevenson snapped a photo of a rainbow that had appeared over the White House.

The Washington Post has issued a correction to their story, as did Betsey Stevenson:

The photo that I tweeted of the double rainbows over the WH was taken last Thursday. I thought it was a nice image for today's celebration.