There’s an astonishing moment about halfway through Vivian Gornick’s moving, trenchant new book about life in New York. Rushing onto the subway at 14th Street, late for an appointment, she notices a man with a seven- or eight-year-old boy sitting across from her. The boy is deaf—he and the man sign to each other—and “grotesquely deformed,” with “the face of a gargoyle.” But as the stations pass and the man and the boy become absorbed in their conversation, “fingers flying, both nodding and laughing…I find myself thinking, These two are humanizing each other at a very high level.” Soon she finds her perception has changed: “the boy looks beautiful to me, and the man beatific.” 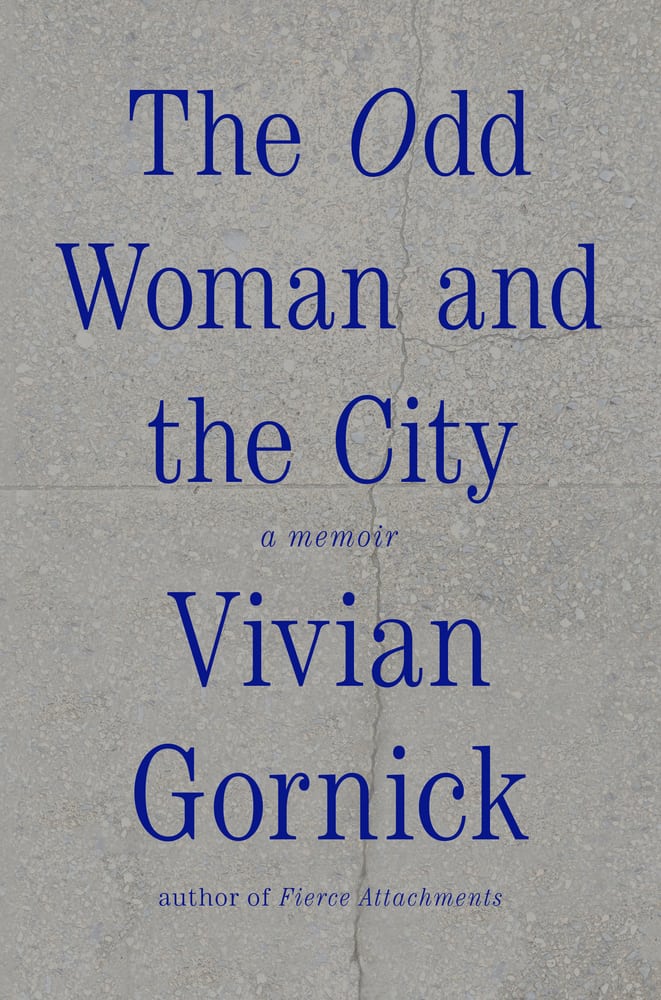 It isn’t really the boy or the man who are changed, of course, but the writer who watches them, and the humanizing potential of urban life is the theme that binds together this “collage” of vignettes, images, overheard conversation, musings, and excursions into literature and history. For years Gornick has walked the streets of Manhattan almost every day, and she finds her “sore and angry heart” eased by what she finds there, “the fifty different ways people struggle to remain human,” “the urgency of life.” At night, looking at the buildings surrounding her, she feels herself “embraced by the anonymous ingathering of city dwellers.”

Such moments offer a respite from a persistent sense of discontent Gornick anatomizes in these pages. She takes her title from George Gissing’s 1893 novel ‘The Odd Women’, in whose portrayal of feminists Gornick recognizes herself. Throughout her career Gornick has pursued what she calls a “politics of damage,” impelled by “an impassioned sense of having been born into preordained social equity.”

But Gornick realizes that her discontent has become something she cherishes. “It was then that I understood the fairy tale about the princess and the pea,” she writes. “She wasn’t after the prince, she was after the pea. That moment when she feels the pea beneath the twenty mattresses, that is her moment of definition.” For Gornick, too, grievance is an important, maybe an inalienable, part of her identity.

For Gornick’s mother, “to find love was not simply to have sexual happiness, it was to achieve a place in the universe.” There’s plenty of “sexual happiness” in these pages, but Gornick’s romantic relationships are always short and often fraught with tension. From adolescence Gornick has had the intuition that the romantic connection she sometimes longs for is at odds with the “revolution” she envisions. At times, she says, “I consciously felt men to be members of a species separate from myself. Separate and foreign.”

Not romantic love, then, but friendship is at the center of Gornick’s life. One of the most affecting threads of the book concerns her friendship with Leonard, a gay man she meets with every week over the course of many years, her most enduring relationship. “The fact is, ours is the most satisfying conversation either of us has,” Gornick writes; “our subject is the unlived life.” Leonard appears irregularly through these pages, often vying with Gornick for the most disaffected commentary. “I’m not the right person for this life,” Gornick sighs at one point. “Who is?” Leonard replies. 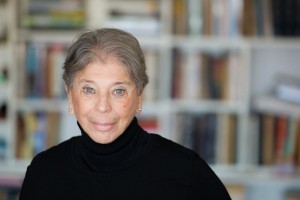 Gornick’s love for Leonard is evident and undeniable. “The self-image each of us projects to the other is the one we carry around in our heads,” she writes, “the one that makes us feel coherent.” But even here she keeps a distance. But, while she was tempted in the beginning of their friendship to make grand pronouncements—“You are me, I am you, it is our obligation to save each other”—she soon recognizes that their friendship doesn’t displace her essential sense of solitude. “What we are, in fact,” she realizes, “is a pair of solitary travelers slogging through the country of our lives, meeting up from time to time at the outer limit to give each other border reports.”

For Gornick, no one could be as constant or sustaining a companion as the city itself, and her memoir is at its most beautiful when it rhapsodizes about New York City. Gornick frequently turns to poets as she meditates on urban life—Frank O’Hara, Hart Crane, Samuel Johnson, Charles Reznikoff—but one of this book’s greatest virtues is the pleasure she takes in the voices she encounters on the street. She hears poetry in everyday speech, which isn’t just a medium for communication but a constant source of surprise, delight, beauty. This is why “most people are in New York,” she writes: “because they need evidence—in large quantities—of human expressiveness.”

‘The Odd Woman and the City’ is a rich and compelling store of such evidence. It’s destined to be an enduring volume in the literature of urban life—and required reading for anyone who loves New York.