A lesbian couple in Norfolk, Virginia have said vandals targeted their car because they are gay 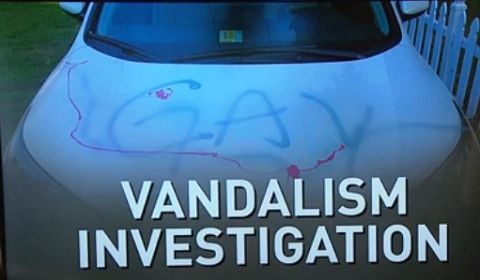 A couple in Norfolk, Virginia have said vandals targeted their car because they are gay, reports ABC. 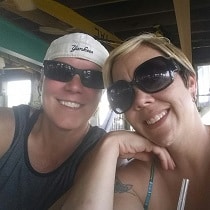 Last week, Andy Stacy (image via Facebook) saw graffiti on her wife Patricia’s car which was parked in their driveway.

“I’ve never been the target of a hate crime or anything of that nature, so it was a shock and to also know that it was the first car in my driveway, which means they were only steps away from my door.”

“Hate crimes are real so I’m glad this is getting out there so that people know that it does exist…people like myself, you don’t think about it too much until it hits home.”

The Stacys say they believe they know the person responsible for the damage to their property. Police are not treating the attack as a hate crime.

Last I checked this is a hate crime, but the good ole Norfolk police officer that came to the house didn’t seem like…

Watch the ABC report, AFTER THE JUMP…