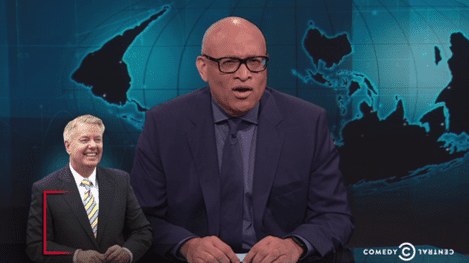 Long-bachelored, never-married Lindsey Graham’s plan to have a “rotating first lady” (comprised of his sister Darline and other female friends) should he win the presidential election next year didn’t sit well with Nightly Show host Larry Wilmore. 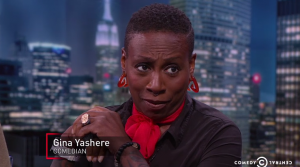 Later, Wilmore and his panelist Mike Yard, Gina Yashere and Vince Staples continued the discussion on Graham’s bachelorhood and debated the electibility of unmarried candidates.

When Wilmore asked “Who’s they?” Yashere quipped back “Everybody!”