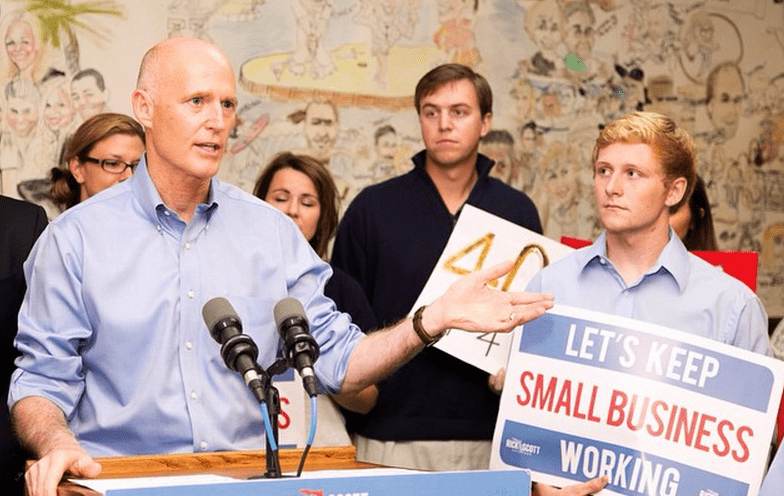 Florida Gov. Rick Scott has signed a bill that on July 1 will remove the language banning gay adoption from state laws, the AP reports.

The state’s 38-year-old gay adoption ban was ruled unconstitutional back in 2010 by a federal judge – a decision later upheld by the 3rd Circuit Court of Appeals.

Previous Post: « Say ‘I Do’ To Las Vegas, The Wedding Capital of The World
Next Post: Larry Wilmore Wants to Know If Bachelor Lindsey Graham Plans to ‘Duggar’ His Way into the White House: VIDEO »