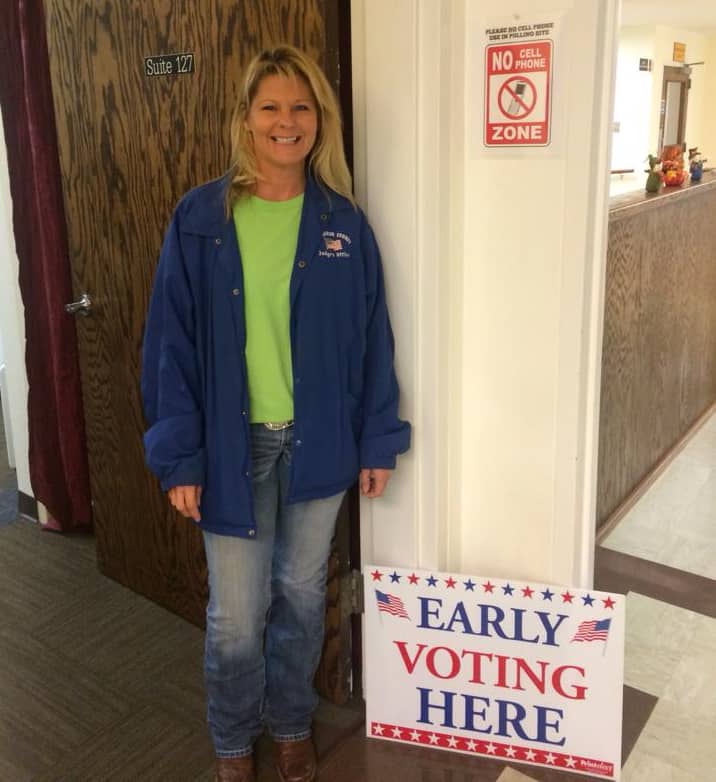 A county clerk in Van Buren County, Arkansas is calling on all county clerks in the state to stand with her in defying the Supreme Court’s ruling on gay marriage and refuse marriage licenses to any same-sex couples seeking them.

Pam Bradford, the Van Buren County clerk, circulated this memo to all county clerks today announcing her intention to defy the U.S. Supreme Court and have her office refuse to issue marriage licenses.

She was out of the office when I called, but an employee confirmed the memo and said, as yet, no same-sex couples had presented themselves in the county to obtain a marriage license.

Bradford’s resistance is contrary to the position taken by both Gov. Asa Hutchinson and Attorney General Leslie Rutledge. Even the anti-gay Family Council, which is promoting ways in which people opposed to marriage can avoid participation in the process, distributed the advice from another religious legal organization that the best means to avoid compliance is to have someone else who is willing to do the work do it in place of someone with objections. Bradford has taken this a step farther.

Bradford is a Republican and attends Shirley First Baptist Church according to her Facebook page. The clerk’s office is in Clinton.

Check out an image of the memo below: 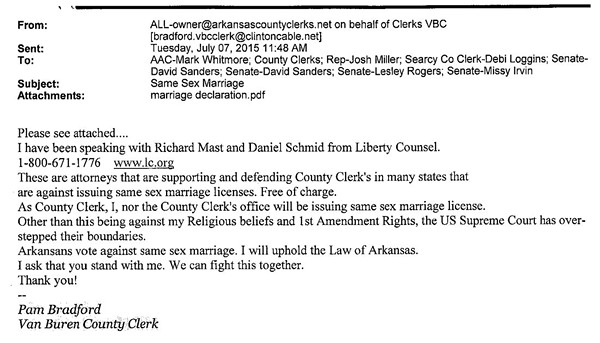 “Channel 4’s Greg Yarbrough tells me at 5 p.m. that reporter Marci Manley has talked with Van Buren Clerk Pam Bradford, who has not returned my calls. She tells Manley that she’s spoken with an Arkansas attorney, Mike Rainwater, who provides legal advice to county governments through the Association of Arkansas Counties, and is now saying she will issue marriage licenses — and treat customers “with respect.” This followed by about an hour a phone message to me from Mathew Staver, head of the Liberty Counsel in Texas, which said it had agreed to represent Bradford to defend her in resisting issuance of licenses. Moral: Local advice better than that of outside agitator.”