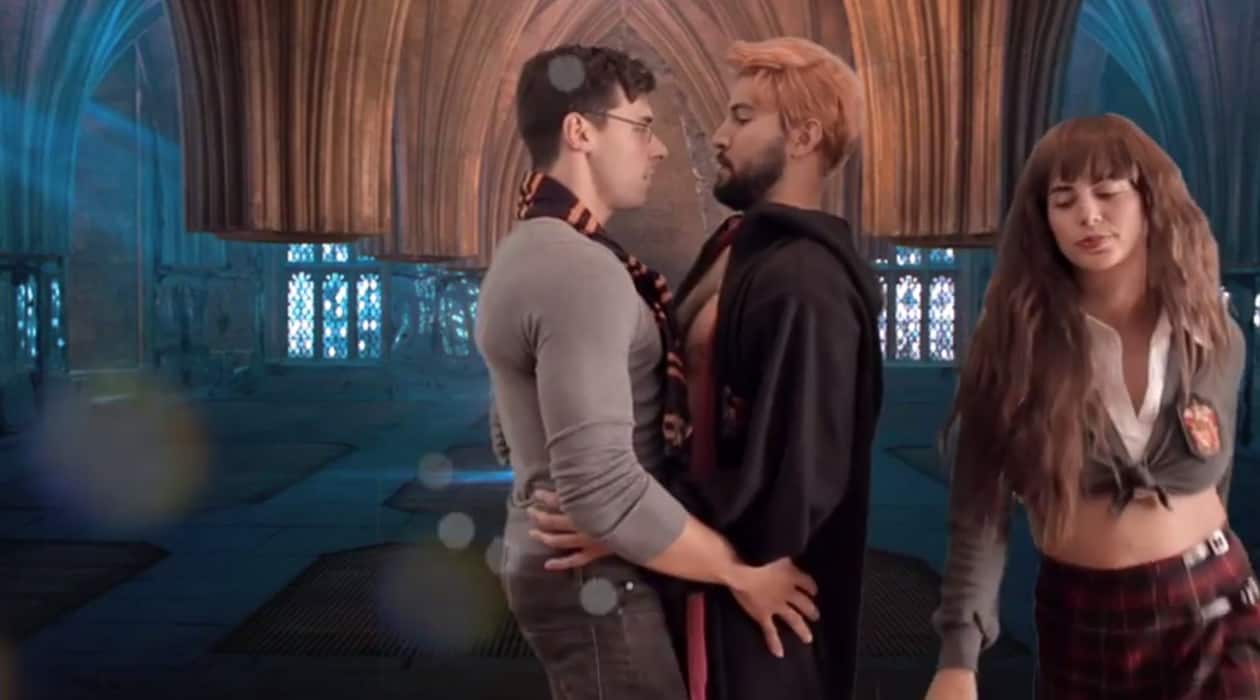 Hunky parody musician Adrian Anchondo is back with another pop music spoof.

We previously told you about his cover of Beyonce’s “Partition” that served up burgers and fries in “In-N-Out Mission“, and his take on Sam Smith’s “Stay With Me” about a trick that just won’t leave, aptly titled, “Please Go Home.” Now Anchondo takes on RIhanna’s “Bitch Better Have My Money,” retold as a Hogwarts rap battle between Harry Potter and Ron Weasley as the two duke it out for Hermione Granger’s attention.

Anchondo told OUT about his difficulty working with such an attractive co-star in the video, in the form of Andrew Pirozzi,

“Do you know how difficult it is to rap next to this hot straight guy? Definitely the sexiest Harry Potter I’ve seen. When I was looking up pictures for the video, I couldn’t believe how many pornographic illustrations there were for Harry Potter. There are fan fiction websites that have some pretty nasty story lines for our favorite characters.”