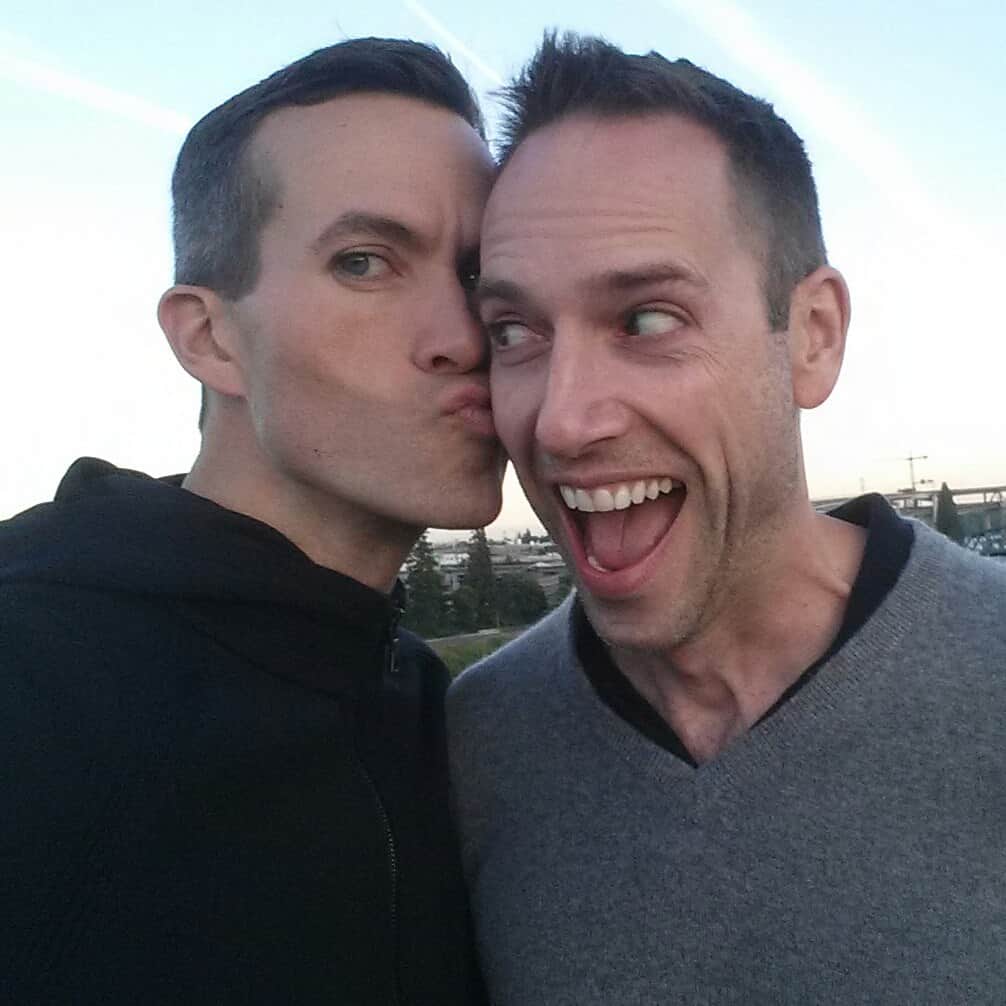 Our friend Cyd Zeigler, co-founder of Outsports writes about him and his husband’s chance meeting with another gay couple:

We don’t have anything like the Fire Island Pines or Provincetown on the West Coast, so when summer rolls around Dan and I always plan a trip to one or both. This year we hit the Pines for a week then ferried and drove to the Cape. It was a magical 10 days.

Yet one of the highlights of our trip was a chance encounter with Chuck and David, who have been together since before I was born. Not knowing they were a couple, Dan and I happened to sit near them on the ferry from Orient Point to New London as we headed to Provincetown. They instantly knew we were together (Dan just COULDN’T keep his eyes off of me!).

“Where in Pennsylvania are you from?” Chuck called out across an aisle on the lower deck. Our rental car had Pennsylvania plates – they had obviously picked out the gays as we waited to board. 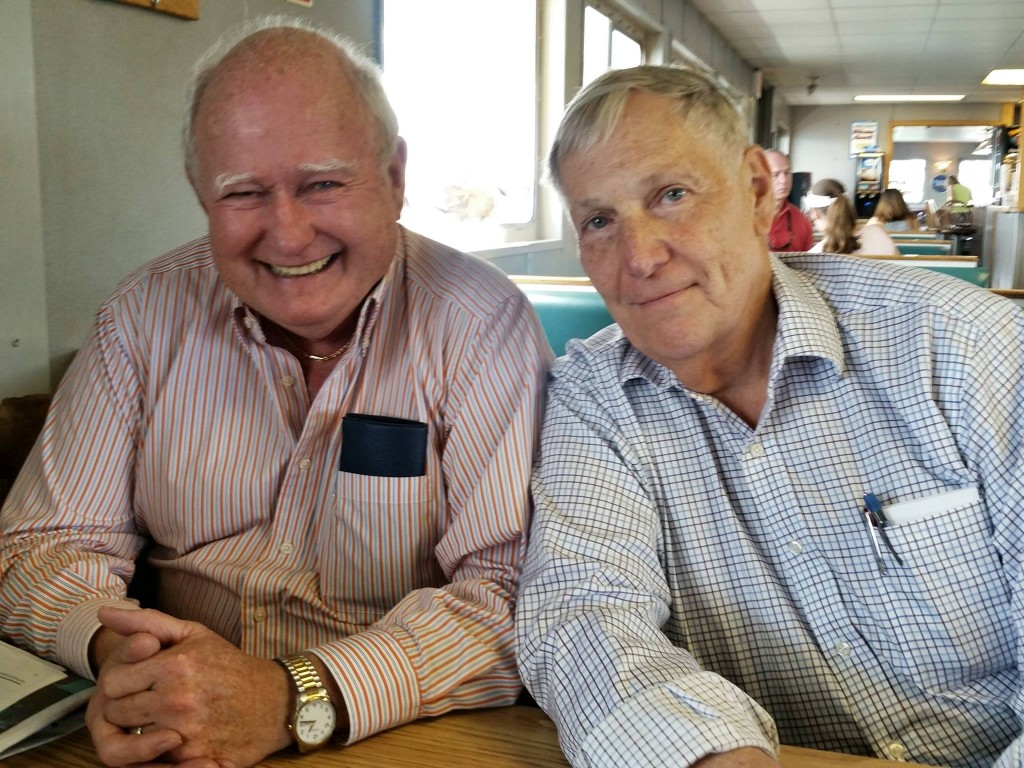 After a few pleasantries Chuck and David invited us to sit with them in their booth. What ensued was an hour of stories and laughs. They recounted meeting in the early Seventies in a spot that would make Bette Midler blush. When we tried to explain to David that many of our friends had met on Grindr and other social media, he chuckled.

“I hear about these things,” he said, “but I wouldn’t know where to start.” We joked that he could probably figure it out pretty quickly.

Shortly after they moved in together in the mid-Seventies, they were effectively outed on campus (Chuck worked in education). They had been invited by the school’s president to a dinner for a select few couples on the staff and faculty. As Chuck was the only person who could beat the president in a tennis match, he got the honor – Though it meant bringing along David. He did, and they never looked back.

In 1980 they appeared on the Phil Donahue Show as part of a segment on gay couples. Despite AIDS still being hidden from the world’s conscious, it was a nervous time for two gay men to hit national television. By then they had won over Chuck’s peers and, with a support structure, decided it was important to put more faces to the word “gay.”

Three decades later they still dabble in their professions – David an interior designer and Chuck, one of the first members of the Peace Corps, advising on international affairs. In the next year they will head to an assisted living center in Philadelphia where they plan to spend the rest of their days together.

The experience of their presence was inspiring for us.

The encounter was also sobering for me – and perfectly timed. As I watch some people in our movement become increasingly agitated by one another, focusing on bringing toxic negativity to our work, the serenity and peace of these two men brought me back home to reality. What matters is that we move our culture forward to comfort and inspire, not look backward to point and blame. These two men weren’t blaming anyone. They were smiling. Dan and I have always done that with our relationship, and it has served us well.

Thanks Chuck and David. In one hour you both had a powerful influence on the direction Dan and I are headed in the next few weeks, months…and decades.

Cyd Zeigler (@cydzeigler) is co-founder of Outsports. He was recently named NLGJA’s Features Writer of the Year. He lives in Los Angeles with his husband, Dan Pinar, a dentist in West Hollywood.