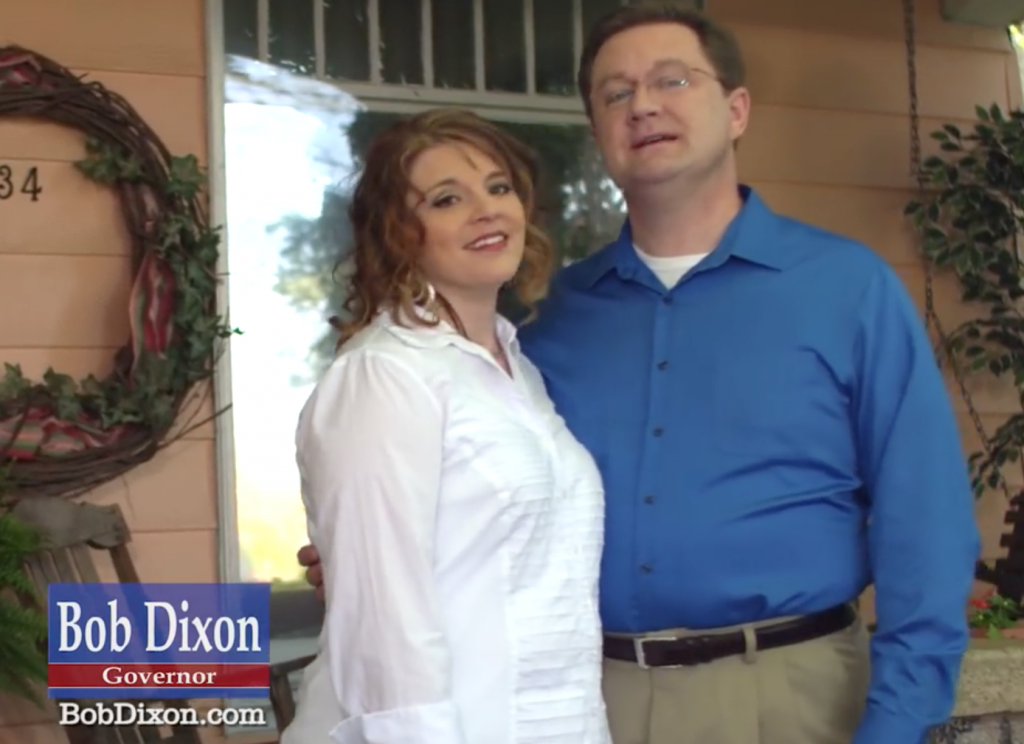 Missouri state Sen. Bob Dixon, a Republican who announced his candidacy for governor this week, lived for five years as a gay man in the 1980s before he claims a religious awakening turned him straight.

And Dixon’s experience with homosexuality led his mother, Jean Dixon, then also a state lawmaker, to rabidly oppose a production of “The Normal Heart” at the Missouri State University in 1999. 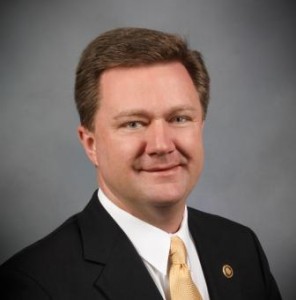 Dixon now opposes same-sex marriage, and says he’s unsure whether he would support a statewide ban on anti-LGBT discrimination. He’s been married to his wife, Amanda (above), for 23 years, and they have three children.

Dixon talked about his experience with homosexuality at a Springfield City Council meeting where he spoke on a bias-crimes ordinance in 1991, according to report from The Springfield News-Leader that was reprinted on a blog called busplunge:

Jean Dixon says her son’s guilt almost caused him to commit suicide. Her son says one night in early October 1988 he considered crashing his car off a road.

She says she fought “The Normal Heart,” a play about AIDS and homosexuality produced at Southwest Missouri State University in 1989, because she saw it as affirming the homosexual way of life, which she says is harmful to those who live it.

“I wasn’t just some hard-nosed so-called Christian out here ranting and raving,” says the former lawmaker who was outspoken about her strong Christian beliefes during her two years in office. “It had been a heartache I had to deal with, and it was a tough one.”

Asked is she would oppose the play again, she says, “You bet. I believe it was the right thing to do.”

The Riverfront Times reports that during his campaign kickoff Monday, Dixon made clear his anti-gay views:

From his porch on Monday, Dixon touted his support for family values, including “traditional marriage.”

“I believe its faith in the future and strong families that are essential to our state’s spiritual and economic health,” Dixon said “I also know that some of you here today have different opinions than I do on some issues. It’s true, I’m 100 percent pro-life, I’m strong supporter of the Second Amendment.” …

Here’s what Dixon said when asked if he would support statewide LGBT protections alongside openly gay Democratic Senator Jolie Justus:

“I think the wise thing to do about any legislation is to wait until I see it before me,” he said, adding, “I think it’s a sad day when we have to have laws to tell us to treat people with respect.”

A reporter interjected: “Clearly, when we don’t have those laws, people don’t get treated with respect.”

“That is a truth in American history,” Dixon said, “and I think that hearkens back to the core of my campaign — renewing America’s spirit that Ronald Reagan talked about, and that’s what we’re talking about today, renewing Missouri’s spirit and bringing people together rather than dividing people. I think we can do so much more that way, together, respecting people. And yes we do have to have laws, as witnessed by the revised criminal code. Senator Justus is a friend of mine, I have tremendous respect for her. I will reserve judgement for any legislation until it’s on my desk.”

Dixon, who’s served in the Legislature for 15 years, is one of six candidates who’ve announced campaigns for governor, five Republicans and one Democrat.

Watch Dixon’s campaign kickoff video and listen to his full announcement speech below.