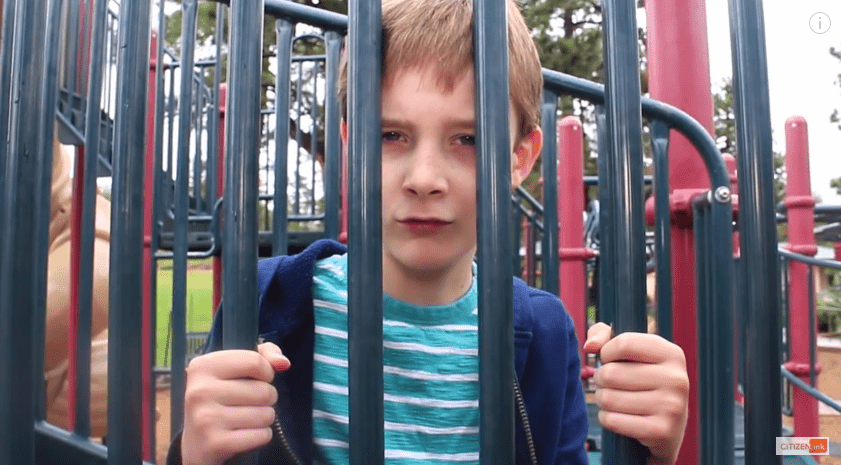 In a smarmy, “special message” from CitizenLink, the public policy arm of Focus on the Family, a self-professed voice of the “next generation” rails against government spending and the Supreme Court intrusion on religious “freedom.”

“There’s some people who want the government to be a bully, you know the kind that calls you names then steals you lunch or your house or your business,” said the fifth grader. “I think five of the Supreme Court justices should be put in time out. Maybe they could use that time to read a little, like maybe the Constitution?”

Actually, the only people who really deserve a time out are the asshat adults who put this kid up for this embarrassing video. How’s he going to explain this awful piece of anti-LGBT propaganda to his “next generation” peers when he grows up?

Previous Post: « This Star Wars: The Force Awakens Comic-Con Reel Will Have You Wishing You Were In a Galaxy Far, Far Away: VIDEO
Next Post: Look Back on All Your Favorite Game of Thrones Characters In This Awesome Audition Reel from Comic-Con: VIDEO »