Indiana Governor Mike Pence may have spoken too soon when he suggested last week that the state’s “strong” economy meant he didn’t have to go through with any LGBT non-discrimination protections next legislative session. 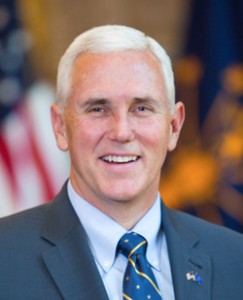 Adrian Swartout, the CEO of Gen Con, told The Associated Press Thursday on the convention’s opening day that a competitive offer from a state that grants gays and lesbians that status could be a “catalyst” pushing the event to relocate when its contract expires in 2020. Chicago has shown interest and Orlando also is a possibility, she said.

Even if the state did not pass the religious objections law, Swartout said it would be routine for organizers to seek other offers.

“If we have opportunity to be in places that have state protections, that might make the deal,” Swartout said. “This is important to us.”

Gen Con was one of the first Indiana-based businesses to forcibly speak out against the state’s “religious freedom” debacle earlier this spring. Last year, Gen Con brought in 56,000 visitors to the state and raised $67 million in revenue.