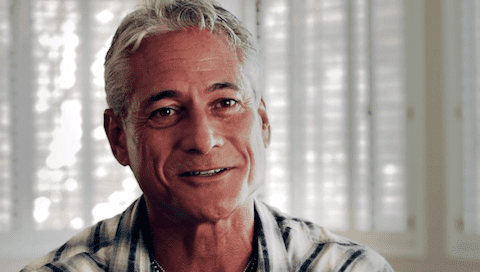 A new biopic on four-time gold medal Olympian and gay athlete Greg Louganis called Back on Board is airing on HBO in August, with a new introspective on Louganis’ time in the Olympics, the homophobia he dealt with from fellow teammates, his HIV disclosure controversy and mentoring the next generation of Olympic-American divers.

In a press release issued to the public, Louganis expressed why he decided to participate in the documentary that filmed over a span of three years of Louganis’ life:

“I think it is awesome that Back on Board has found a home with HBO Sports. At times, it’s awkward and a little bit embarrassing to reveal so much of myself – it’s a true documentary. I am honored and humbled to share my story.”

Back on Board airs Aug. 4 at 10 PM on HBO and HBO2. Meanwhile, watch a short trailer of the film and a segment from the film where Louganis discusses how his American-Olympic teammates ostracized him using a combined xenophobic and homophobic slur, below: