The Supreme Court of Louisiana Tuesday dismissed a case pending before the court concerning the state’s same-sex marriage ban because the US Supreme Court had “resolved” the question. 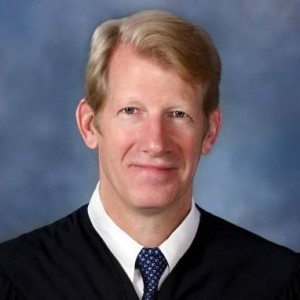 However, as BuzzFeed reports, one justice dissented because of the impact the ruling has for adoption. In his view, gay parents adopting a child “of the same-sex” is “troubling.”

“Marriage is not only for the parties. Its purpose is to provide children with a safe and stable environment in which to grow. It is the epitome of civilization. Its definition cannot be changed by legalisms”

“The most troubling prospect of same sex marriage is the adoption by same sex partners of a young child of the same sex.”

Hughes — only elected to the supreme court in 2012 — caused a bit of a commotion with his dissenting opinion. Among the strongest responses came from Justice Greg Guidry:

“The dissenting opinion suggests we should not follow the holding of the Supreme Court of the United States. However, it cites no legal authority. It cannot, because there is none to support its position.”