Matt Dallas tied the knot with his fiancé, singer Blue Hamilton, the actor confirmed Sunday via a photo posted to Instagram. 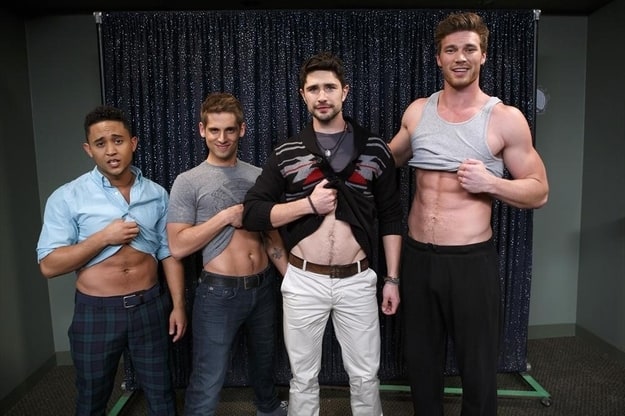 Dallas came out in 2013 by sharing a photo of him and his fiancé.

Previously, Dallas remarked that he and Hamilton would be anything but “Groomzillas”, saying,

“We’re both like the most easy going [guys]. For us, it’s more about just having a celebration and throwing a party. Yeah, so no stressing out and getting crazy about wedding plans.”

The first photo shared by Dallas of him and Hamilton outside of a courthouse holding their marriage license seems to suggest their wedding was as “easy going” as the guys themselves. Dallas captioned the photo, “Introducing Mr. and Mr. Dallas.”

Hamilton shared a video on his Instagram account of Dallas reading messages of support he and Dallas have received on social media, as Us Weekly reports:

“My husband and I were together for 32 years before we were able to marry. That wait was worth it,” wrote one well-wisher. Added another: “Matthew, congratulations to you and Blue. Welcome to the club! Best of luck to you both.”

Check out one more photo of the happy couple below.