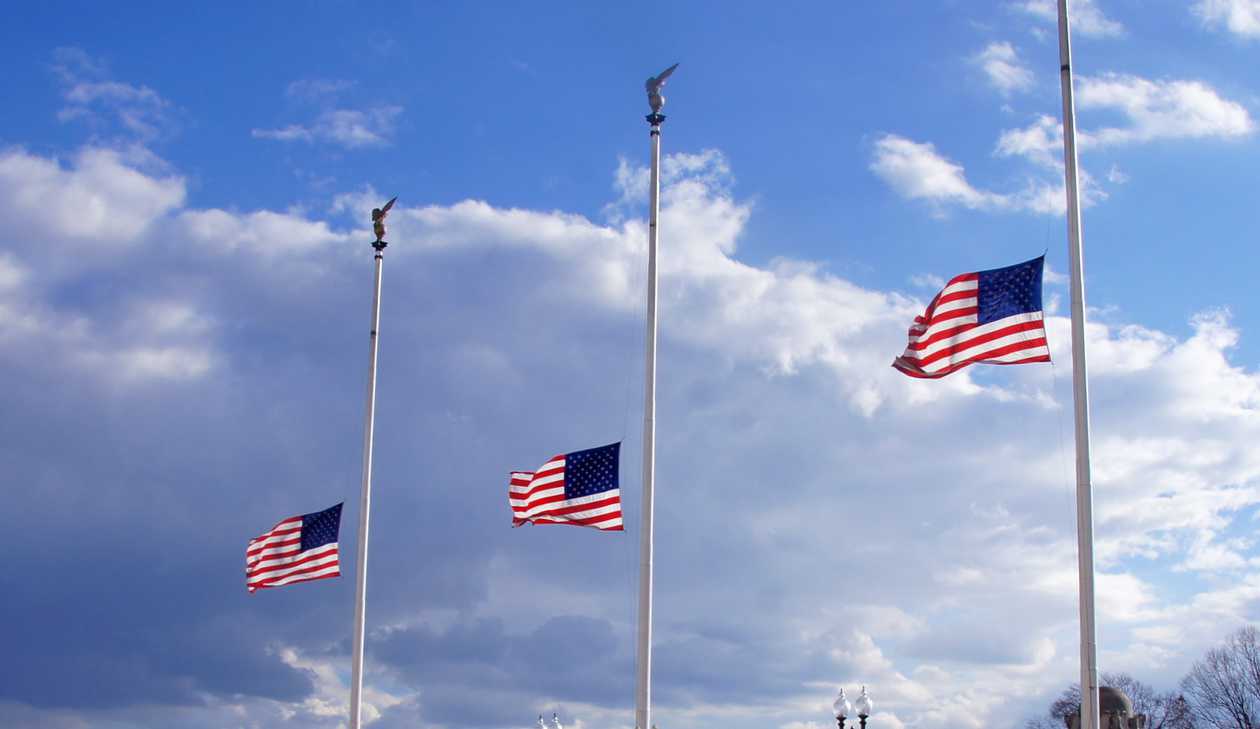 The County Commission in Dent County, Missouri voted Monday to lower flags “just below half staff” once a month for the next year to mourn the Supreme Court’s ruling that legalized same-sex marriage. The vote was passed unanimously by the three members of the commission.

The flags were to be lowered every month on the 26th, the date that SCOTUS ruled in Obergefell v. Hodges.

However, following media outlets reporting on the incident, Dent County appears to be rescinding its decision.

But by [Tuesday morning], several media outlets had reported on the commission’s order and an online petition asking officials to reverse the decision had gathered more than 1,000 signatures.

“This political showcase is hurtful personally to several residents of Dent County and the surrounding area, which seems counter-intuitive to Jesus Christ’s message of ‘love thy neighbor’ for those of the Christian faith, of which most, if not all, of the commissioners prescribe,” the petition said.

On Tuesday, Skiles told the Salem News that the commission would hold a special session this week to rescind the order “out of respect for veterans and those currently serving in the military.”

“I just want anybody who sees that to be reminded we find it revolting that the Supreme Court has ruled in this manner,” Dent County Commissioner Darrell Skiles, who sponsored the proposal, told BuzzFeed News. […]

“May all who see these flags at this lowered position be reminded of this despicable Supreme Court travesty,” said the proposal, which Skiles said he hand-wrote on a piece of paper, added to the meeting agenda, and brought up for a vote. “We feel sadness, shame, and outright revulsion of the U.S. high court’s stamp of approval of what God speaks of as an abomination.”

As for why “mourning” felt like the appropriate reaction to SCOTUS’ ruling, Skiles said,

“I had this feeling like when someone near and dear has passed away — not the same, but similar,”

The court’s ruling, he added, “signals the death of state rights and the death of any recognition of basic Christian beliefs in regards to the sanctity of marriage. Our country is looking more and more like Sodom and Gomorrah you read about.”

Skiles also commented on why the commission voted to fly the flags “just below half staff” instead of at half staff:

“I want to reserve that position [half-staff] for those who deserve that honor,” he said. But to grieve the decision that allows same-sex couples to marry, he explained, “I wanted to lower the flags to a level below that.”

A copy of the hand-written measure can be found below, via BuzzFeed: 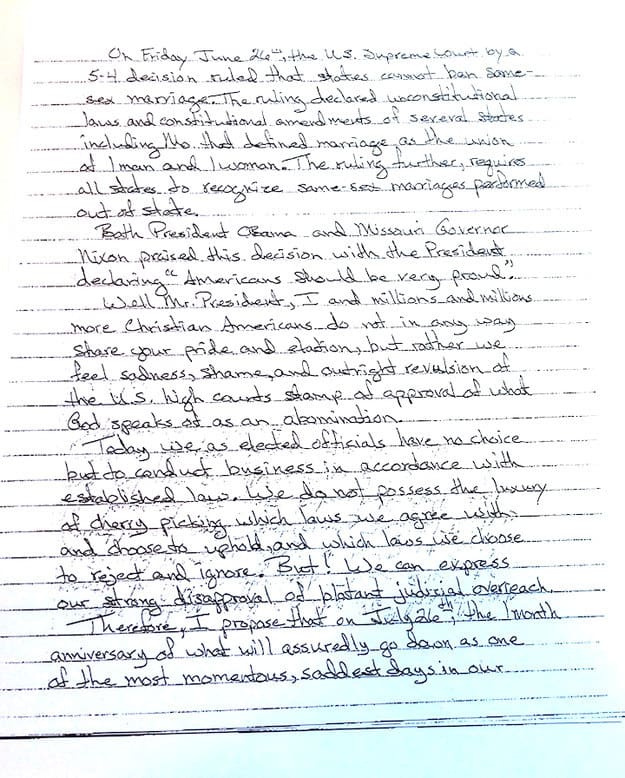 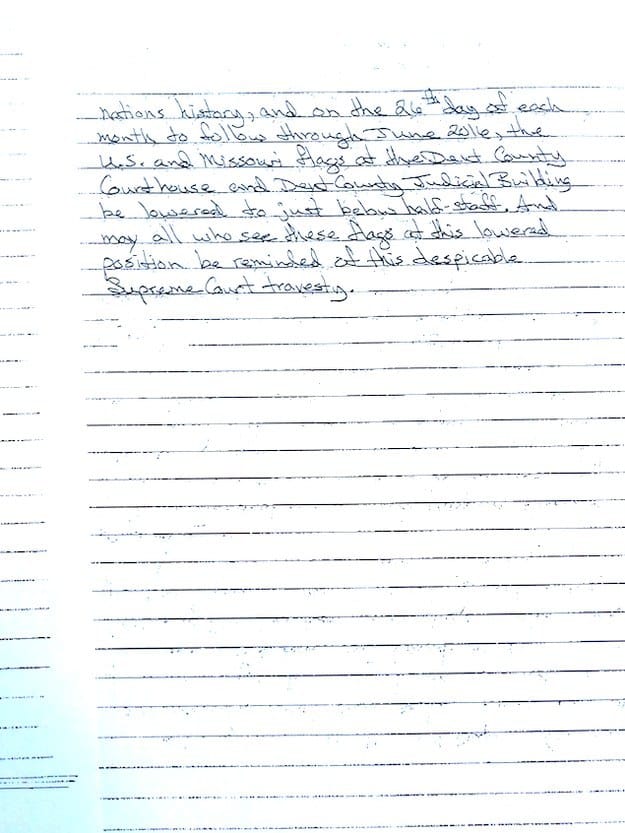