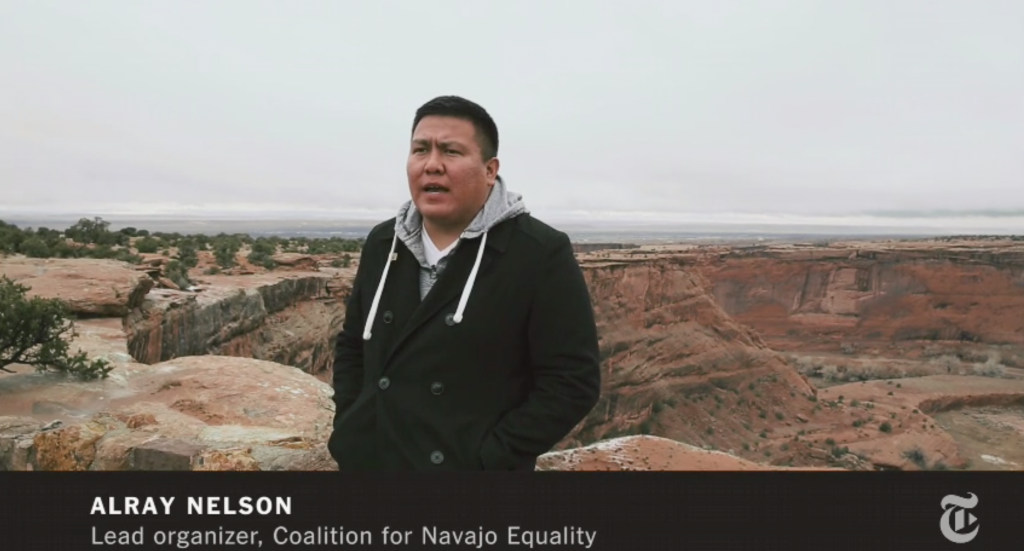 In the Great Navajo Nation, gay people — or nádleehí — were traditionally associated with wealth, and families they were born into were considered fortunate, according to Fusion.net.

In fact, the Navajo nation — the largest American Indian reservation in the US with 300,000 people in Arizona, Utah and New Mexico — recognized same-sex unions until 2005.

However, due to assimilation into U.S. culture, Navajo leaders gradually adopted the rest of the country’s views about LGBT people. Ten years ago, on the heels of the federal Defense of Marriage Act and a wave of state-level same-sex marriage bans, the Navajo nation passed the anti-gay Diné Marriage Act.

And today, while the rest of the nation has marriage equality, gay Navajos still do not. But one man, Alray Nelson, is leading a new push to change that.

“There were same-sex couples from our creation story all the way to today. Those relationships were there, they were recognized, and they had every right to be productive members of our community,” Nelson said.

“If they repeal the [Diné Marriage Act] it brings it back to what our traditional values used to be. They’re using the whites man’s language, a foreign way of speaking, to redefine something that was already sacred and defined, we didn’t need to redefine it at all,” he said. …

“When we talk about discrimination in regards to taking away someone’s rights, Navajo people get that,” he said. “They get it because they’ve dealt with decades of assimilation policy and continue to deal with those issues. So when a certain segment of the community feels left out and aren’t treated with respect and fairness, Navajos understand that and they get that fight.”

The New York Times profiled Nelson in a story about same-sex marriage and the Navajo nation back in February:

Other gay tribal citizens say they support same-sex marriage but do not consider marriage rights a priority, pointing out that many gay Navajos suffer from drug abuse and debilitating depression.

Fixing these ills, said Jeremy Yazzie, 33, who counsels gay and transgender Navajos, is far more important. “Everyone is worried about repealing the gay marriage act,” Mr. Yazzie said. “That’s far from my work. How can we love somebody else if we can’t even love ourselves?” …

Gay Navajos tend to maintain a quiet existence here, connecting with potential partners on the Internet and coming out to their families, but keeping their sexuality largely private. In interviews, several said they would not hold hands in public. Others said they had endured taunts or even physical abuse in school or in their neighborhoods, leading to depression and attempts to harm themselves. Some had moved off the reservation to places where they felt more comfortable.

Fusion.net reports that 11 American Indian tribes — including the Cherokee Nation, the second-largest — have banned same-sex marriage, while 12 have legalized it. More on the history of LGBT rights in the Navajo nation:
Scholars say the introduction of more conservative views came after European churches came in and offered a different set of beliefs and the U.S. forced Native Americans to relocate and attend U.S. schools.

Now, Nelson and Dr. Denetdale both note, young LGBT Navajos can face bullies and teasing on their own reservation. But they say the discussion about lifting the ban on same-sex marriage is creating a dialogue and awareness of the issues LGBT people face on the reservation.

If the activists are successful and push the Navajo Nation to lift the ban on gay marriage, could have a sweeping effect. The Navajo nation is the largest of the 566 federally recognized tribes and smaller tribes look to see how they handle their policies.