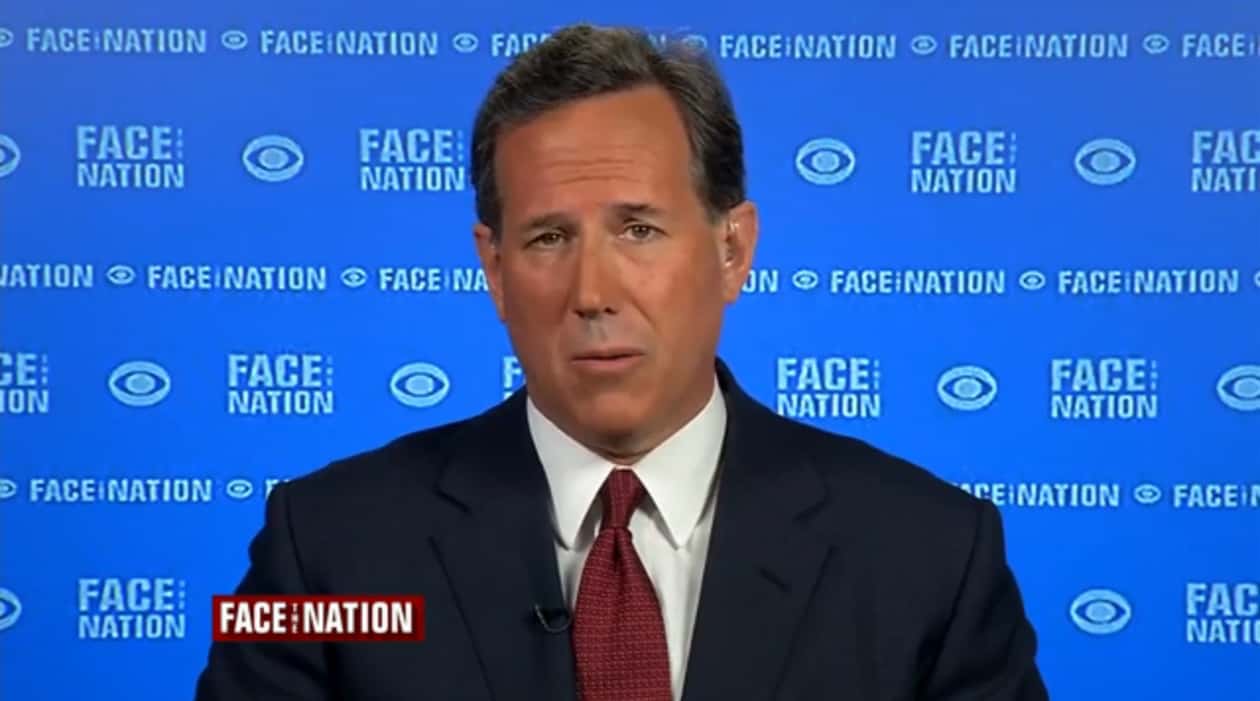 On Face The Nation Sunday, Rick Santorum explained his previous statement that the Supreme Court’s ruling on same-sex marriage “potentially disrupts the foundation of the world.”

Saying that the ruling was unconstitutional, decided on “a whim”, and constituted an assault on religious liberty, he asserted that by legalizing same-sex marriage nationwide, the United States has furthered eroded the “foundational building block of society, that is the nuclear family.” Santorum sees the United States as “the moral leader of the world”, and it is because of that belief that he see this ruling as having “profound consequences not just for America but for the world.”

Apparently ignorant of Justice Ruth Bader Ginsburg’s dismantling of arguments that marriage is chiefly about promulgation of children, Santorum also reaffirmed his belief that marriage is in fact about raising children. He decried that marriage has become disconnected from this imperative and is now just “about adults.”

As for whether same-sex couples are capable of raising children who turn out to be good citizens, Santorum would only say, “I think what we have to do as a society is orient ourselves towards what’s best.”

The anti-gay former senator also took time over the 4th of July to share with Facebook that he is joining the fight to defending traditional marriage–a fight we’re pretty sure he’s already been a part of for some time.

Still, Santorum said Sunday that divorce and problems within heterosexual marriages pose a bigger threat to his precious nuclear family than same-sex marriages. A fact you might miss if you were simply to listen to his campaign rhetoric.

Watch his interview below: