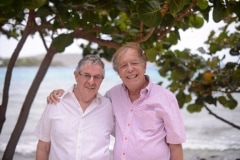 Rick Weinstein and Tom Eggleston have become the first same-sex couple to legally marry in the Virgin Islands in the wake of the Supreme Court’s ruling in Obergefell v. Hodges.

The couple married on July 8 and remarked that they had already considered themselves married for the 44 years they  have been together.

“We’ve been married for 44 years in our minds. It was – I can’t say it was a burning desire to have a marriage certificate, though I think both of us are very happy. We do call each other husband,” he said.

But he said their wedding is actually old news compared to how people have accepted them as a couple for decades.

“The changes in society happened years ago,” he said. “And this is just catching up.” 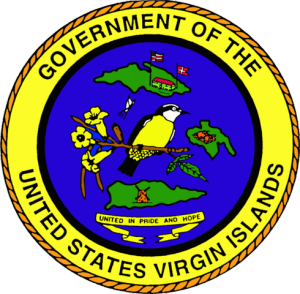 As for the couples’ experience being gay and living in the Virgin Islands, Weinstein said,

“It really was not a problem. We weren’t in any weird states. Things were basically pretty good. I wish everyone had it so easy as we did.”

Weinstein and Eggleston also shared their encounter with the very friendly clerk who gave them their marriage license:

“She is probably the best government worker that exists. This woman was sweet, friendly; she was probably more excited than we were. She was totally delightful. I can’t say enough about her. Our experience was absolutely wonderful,” Weinstein said.

Meanwhile, an executive order issued earlier this month by the governor of the Virgin Islands, Kenneth Mapp, has yet to officially be enacted as the lieutenant governor, Osbert Potter, still needs to sign the order. Potter has reportedly not signed the order because he has been out of town.

One official told the Virgin Island Daily News  via text message that Potter is expected back in the Virgin Islands Monday night and that “the signing of the executive order is a priority.”