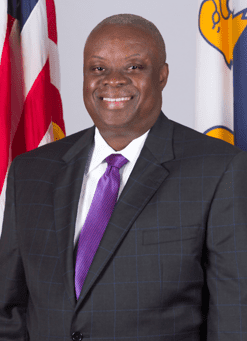 The measure now awaits the signature of Senate President Neville James, who is acting lieutenant governor while Lt. Gov. Osbert Potter is out of the territory.

According to the statement from Government House, the lieutenant governor is required to “attest,” or witness, the governor’s signature.

Previously, Virgin Islands Senate President Neville James raised eyebrows for his statement issued after the SCOTUS ruling saying “I’ve always known marriage to be an act between a man and a woman. Notwithstanding the Supreme Court decision, that is how it will remain. Call me old-fashioned, but it is what it is.”