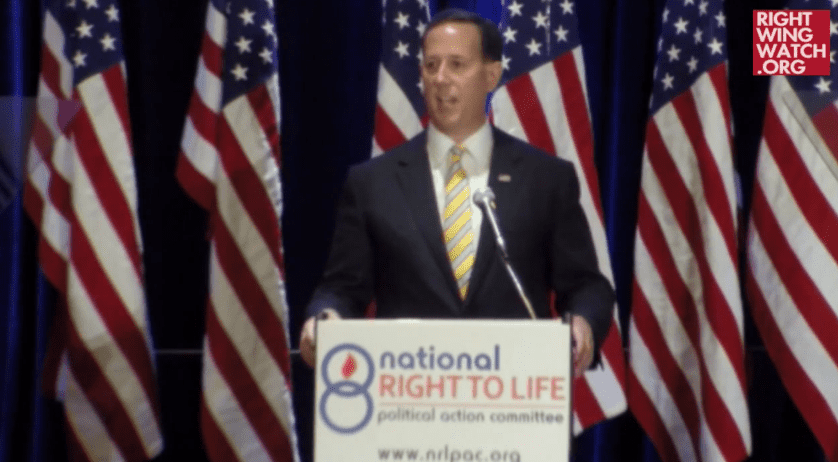 Apparently jockeying with Mike Huckabee for the title of “Biggest and Loudest Homophobe” at the upcoming first GOP presidential debate, Rick Santorum (once again) flexed his social conservative credentials – linking the Supreme Court’s recent marriage equality ruling with that of Roe v. Wade.

This is a very difficult time in America. We’ve seen some court decisions that I know have pepole very upset about what the future of the family and marriage and our culture is looking like. I just want to remind everybody where that decision came from. That decision came from – I gave many speeches during my presidential and prior to that my Senate career talking about Roe v Wade being the cancer that is infecting the body of America. And you saw Roe and its subsequent decisions bear its ugly head in the case of the gay marriage decision just a few days ago…