Hackers just published a massive amount of data about the roughly 36 million members of the website AshleyMadison.com, a social network that markets itself to those in relationships who may want to explore, shall we say, “what else is out there.” Along with the 36 million emails, 33 million first and last names, street addresses, and phone numbers, and 9.6 million documented credit card transactions were released. The data also tell us about subscribers’ sexual preferences. 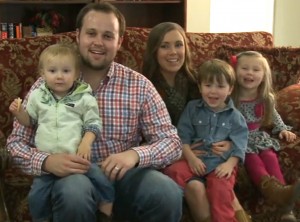 There has been some fanfare about a few of the names on the list: Josh Duggar, the conservative star of TLC’s “19 Kids and Counting,” had two accounts. The Associated Press notes that “subscribers included at least two assistant U.S. attorneys, an IT administrator in the Executive Office of the President, a division chief, an investigator and a trial attorney in the Justice Department, a government hacker at the Homeland Security Department and another DHS employee who indicated he worked on a U.S. counterterrorism response team.”

Mr. Duggar, who molested his younger sisters years ago, has already conceded that he cheated on his wife. But being among those whose credit cards were used to create Ashley Madison accounts does not necessarily mean you made the same choices as Mr. Duggar. Nevertheless, every name, from the hypocrites to the innocent, is about to experience the very same shame, and it will be difficult to recover. Digital privacy invasions are cold and permanent: they remove necessary context and create a permanent truth. And, in this way, they cause untold harm, particularly for those persons, like LGBT individuals, that face institutionalized discrimination.

We don’t know the possibly myriad reasons why millions of people subscribed to Ashley Madison. A jilted ex or a prankster could have used your credit card. You may have been curious. You may have signed up accidentally, as Marge Simpson did (on the parody site, sassymadison.com) on “The Simpsons” episode, “Dangers on a Train.” You may have wanted to have an affair and then decided not to. Perhaps you logged on, had an affair, but ultimately admitted it to your spouse and the two of you worked it out. Another possibility: you created an account to practice immersion sociology, much like the controversial sociologist Sudhir Venkatesh did with respect to gang culture. In fact, it’s pretty easy to create an account on Ashley Madison using someone else’s name and it’s not that easy to erase it. In other words, the data we now have is devoid of context. But all 33 million individuals whose first and last names were hacked are “cheaters” or, worse yet, “sluts.”

And they will be branded as such forever. The internet stores information permanently because it can: it has essentially infinite storage capacity and a search platform that can find anything in 0.0000043 seconds. Even if the raw data were ever taken down, it has already been copied, recopied, told, and retold so often that it can never be scrubbed. And Google’s ubiquitous search platform will ensure that anyone with an internet connection can find it. There is even a handy tool to determine if your email is included in the data dump. Furthermore, the United States does not have a European-style “right to be forgotten,” which could help unlink data and reports on that data for persons innocently caught up in the breach.

As Glenn Greenwald suggested, the result is a modern scarlet letter: an invasion of privacy that gets wrapped up in a moral crusade against infidelity. This can result in long term negative effects: depression, social ostracism, loss of employment and employment opportunities, lower academic achievement, a receding from social life, and much worse.

Hackers that gleefully disseminate private personal information entrusted to a third party are causing significant harm. It may be easy to smirk and hard to find pity for victims of this particular hack, but consider some other invasions of privacy:

Cyberbullying targets are ripped from private life and thrust into a very public humiliation when online aggressors, known or anonymous, take photos, harassing language, text messages, “I Hate” videos, or private encounters and post them online. This is particularly harmful to LGBTQ youth, who are unique in both their frequency of victimization and the importance of a safe internet.

More to the point, it is the nature of online invasions of privacy that foster these harmful over-generalizations: the internet erases context and hoards raw, decontextualized data, transforming it into a searchable gospel. And for those individuals who face institutionalized discrimination — being fired for being gay or having a same-sex spouse — revelations about private information is not only embarrassing. It can erase livelihoods and damage much more than our feelings.

The internet, the raw, decontextualized internet, can be a dangerous place. Ashley Madison is just one unique case study showing us how.