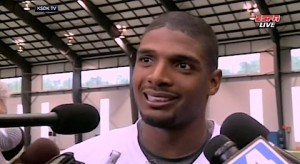 After 18 months of not speaking to one another, Michael Sam and his father have reconnected.

Sam, who recently stepped away from professional football to focus on his mental health, announced the reconciliation via Twitter: 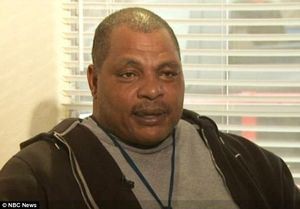 Sam’s relationship with his father Michael Sam Sr. has been a complicated one. In a 2014 NYT background story on the Sam family, Michael Sr., who’s wheelchair-bound in a nursing home in the Dallas suburb of DeSoto, reportedly reacted to his son’s sexuality by saying “I don’t want my grandkids raised in that kind of environment.” He added that he was “old school” and “man-and-woman type of guy.”

In subsequent interviews, Michael Sr. had seemingly come to accept that his son is gay saying “I love my son and I don’t care about what he do.”

Previous Post: « Nick Jonas Wants to Take You Higher with His New Single ‘Levels’ – LISTEN
Next Post: The Ashley Madison Hack and the Cold and Permanent Danger of Online Privacy Invasions »