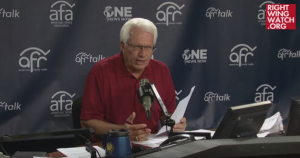 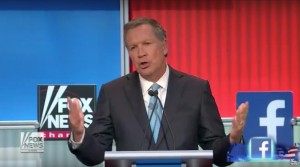 Well, look, I’m an old-fashioned person here and I happen to believe in traditional marriage but I’ve said the court has ruled and I said we’ll accept it. And guess what? I just went to a wedding of a friend of mine who happens to be gay. Because somebody doesn’t think the way I do, doesn’t mean I can’t care about them or love them.

Fischer, who you would think knows a thing or two about crack, had this incredibly dumb (even for Bryan Fischer standards) thing to say on his radio program today in response to Kasich’s answer: