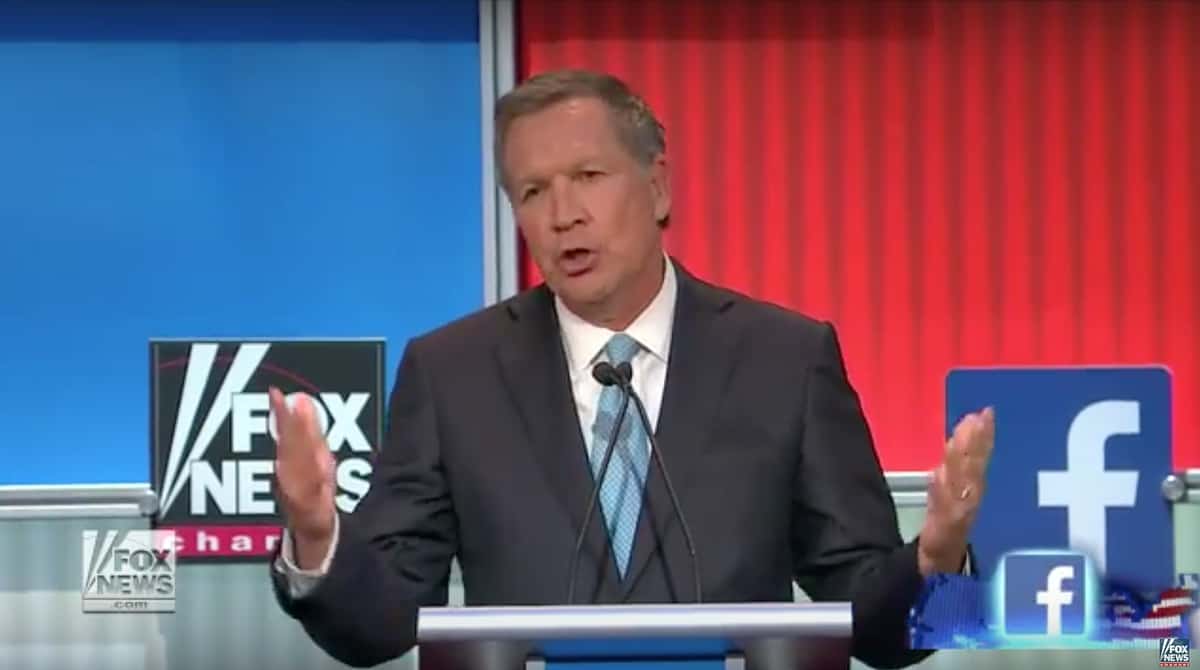 At last night’s first Republican debate which was dominated by steam pipe Donald Trump, FOX News anchor Megyn Kelly asked Ohio Governor John Kasich about gay marriage and religious liberty, specifically, “if you had a son or daughter who was gay or lesbian, how would you explain to them your opposition to same-sex marriage?”

“Well, look, I’m an old-fashioned person here and I happen to believe in traditional marriage but I’ve said the court has ruled and I said we’ll accept it. And guess what? I just went to a wedding of a friend of mine who happens to be gay. Because somebody doesn’t think the way I do, doesn’t mean I can’t care about them or love them. If one of my daughters happened to be that, of course I would love them and accept them because you know what? That’s what we’re taught when we have strong faith. So issues like that, issues like that are planted to divide us.”

“I think the simple fact of the matter is, and this is where I would agree with Jeb and i’ve been saying it all along. We need to give everybody a chance, treat everybody with respect, and let them share in this great American dream that we have, Megyn. I’m going to love my daughters. I’m going to love them no matter what they do. You know what? God gives me unconditional love. I’m going to give to it my family and my friends and the people around me.”

Kasich’s response received a strong if unlikely round of applause from the audience at the debate.

The wedding Kasich referred to was that of Steve George and Jeff Gatwood, which Kasich attended in July, along with Rick Hodges, head of Ohio’s Department of Health, who delivered a reading from the Bible.

Previous Post: « Movie Review: ‘Meryl Streep’ in Ricki and the Flash
Next Post: Rand Paul at GOP Debate: Christians Should Be Allowed to Discriminate Against Gay People  »