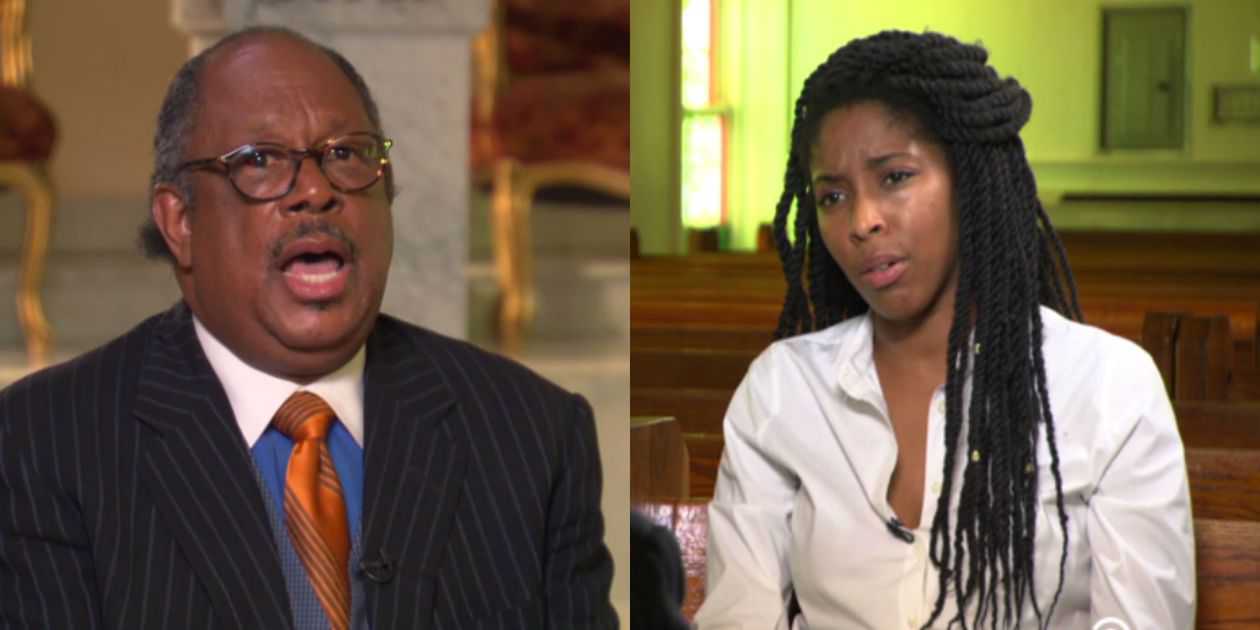 Williams set out to ‘apologize’ to Manning for having obviously misconstrued Manning’s beliefs the last time he was on The Daily Show–he called Obama Hitler that time around.

But Manning had no interest in clarifying any of his fringe views. Instead, he doubled down. “I’m leaning more towards Obama being the son of Satan,” Manning said.

But why would Manning go on The Daily Show if he knew his whackadoodle views would be exposed?

“[I knew] it was going to be an attempt to make my ideas seem buffoonery, but I agreed to do it anyway because I didn’t think you’d succeed at it. And you didn’t.”

Williams points out that Manning is right: “You did it yourself.”

And as for Manning’s remarks that Starbucks is putting ‘gay semen’ in their lattes to add extra flavor, Manning is sticking to his guns:

“I think Starbucks has recognized that the flavor of their lattes that they are using semen to make that latte even more flavorful.”

But don’t worry about empirical evidence for such a wild claim:

“I think if you’re asking for that you may not be able to find my explanation suitable to meet the empirical standards but let’s just say I know.”

So for all of those who wonder if the crazies The Daily Show interviews are real, wonder no more. Said Williams,

“They are real and they do know who we are and they don’t care because we bring a camera with us.”

Watch the video, below: