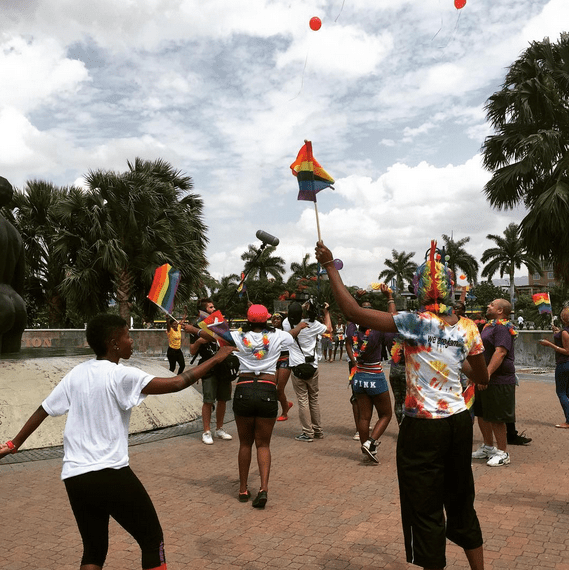 According to Yahoo! News, events are occurring in the capital of Kingston with little opposition from protestors in a country widely known for it’s stigma and criminalization of gay men. Gay activist Latoya Nugent of the Jamaica Forum of Lesbians, All-Sexuals and Gays, the organization behind the event, said that tolerance of gays is expanding on the island contrary to perception of the country overseas:

“I think we will look back on this and see it as a turning point because many persons thought that it would never actually happen. “What we are seeing these days is more and more LGBT people willing to be visible, to be open, and to be public … It’s remarkable.”

“I come from the point of view that I, as mayor, have a responsibility to all the individuals of Kingston. There are individuals who are minorities who have been struggling in terms of their identity and finding their own space. It is important for us to provide safe spaces for them.

Celebrities are even partaking in Kingston’s Pride celebrations with Canadian celebrity Ellen Page joining in the festivities.

Award winning actress, Ellen Page is in Jamaica for #PRiDEJA2015. Our Programme Officer, Karen Lloyd took a pic with…