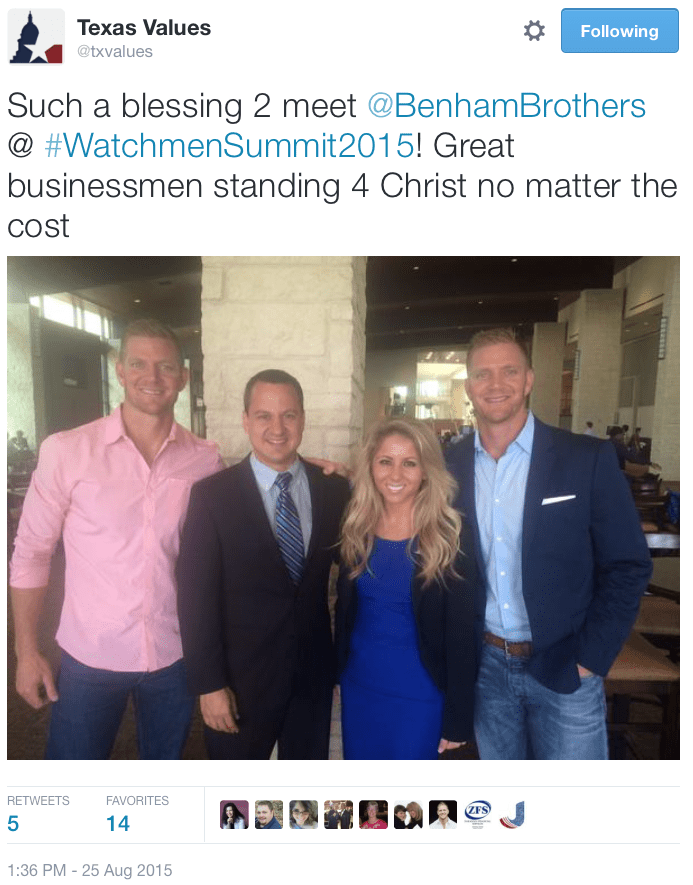 Gay people are like an Army that has occupied America, and now they’re about to start targeting pastors and churches, according to one Texas-based anti-LGBT hate group. 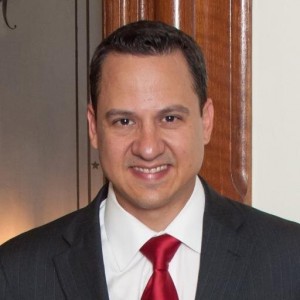 Texas Values President Jonathan Saenz, whose wife famously left him for a woman, wrote in a fundraising email Thursday:

America today is occupied territory. The enemies of religious freedom occupy every power center from government to academia. Everyone (SIC) except its spiritual core. Thank God, that power isn’t centered in Washington. It flows from the faith and values of its people, from a thousand churches and faith-filled homes across Texas and beyond.

That makes our pastors the Leaders of the Resistancee (SIC).

How does an invading army break the will of an occupied people? First, it identifies its Resistance Leaders. Next, it isolates and demoralizes them, making them think they’re alone and powerless. Then it breaks them––before the people can rally to their defense.

This is why your pastor is truly in the cross-hairs. Armed with not only the recent egregious Supreme Court same-sex ‘marriage’ decision but a host of lower-court rulings and guidelines, the pro-homosexual left is scouring Texas—America’s last stronghold of resistance—seeking “weakest link” communities and churches for a pre-emptive strike. 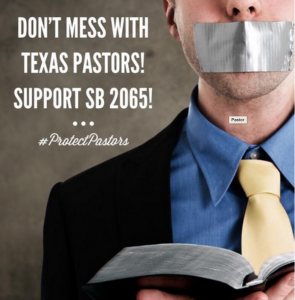 Thankfully, pastors can save us from the gays, according to Saenz, but only if Texas Values can raise $25,000 to educate them about the so-called “Pastor Protection Act.”

The law, passed earlier this year, is designed to protect pastors and churches from being forced to participate in same-sex weddings. As such, it merely reaffirms existing protections under the First Amendment, and Texas’ two openly LGBT lawmakers both voted in favor of it. But don’t tell that to Saenz:

So it’s not enough for only a few well-informed pastors to know about our state’s new Pastor Protection Law. Every member of the Texas clergy and every Texas church must know they’re shielded against being forced to solemnize, perform, or celebrate a same-sex ‘marriage’ in violation of their beliefs.

Does your pastor know? What about other pastors and churches in your community?

I have been through a lawsuit for my First Amendment rights before, as a law student defending the rights of the campus pro-life group I was leading. It’s no picnic. If more people know about the Pastor Protection Law we can help keep pastors out of court or jail and in the pulpits, and out in their community where they do their best work!

Previous Post: « This TEDx Travel Guide Explores What It Would Take to Actually Live on Mars: VIDEO
Next Post: Ann Coulter: Donald Trump Proof God Wants To Save America »