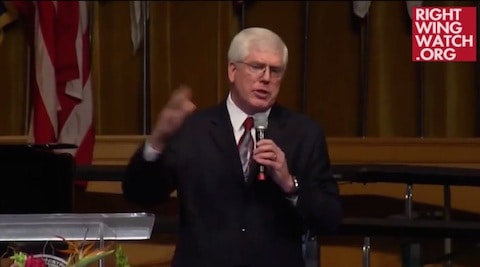 Likening the fight against Obergefell v. Hodges to that of the fight against Dred Scott v. Sandford, Liberty Counsel’s Mat Staver wondered aloud on Christian radio last week why there aren’t any “sanctuary cities” that protect people from abortion and gay marriage like they do for “illegal aliens.”

Staver also talked about representing (4x married) Kentucky county clerk, Kim Davis, who is facing a lawsuit for refusing to do her job and issue marriage licenses to same-sex couples.

According to Staver, Davis was merely unwilling to “authorize someone to do something that itself is sinful, that is repugnant to her and the scriptures and to natural millennia of human history, natural law.”