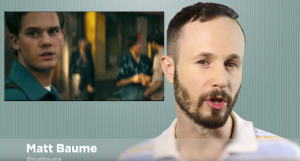 The first trailer for Roland Emmerich’s upcoming Stonewall film based on the 1969 riot of the same name was released just two days ago but is already generating plenty of controversy for the film’s perceived white and cis-washing of the watershed gay rights event.

Writer Matt Baume’s latest video gives us a history lesson on why the riots exploded in the first place and whether the trailer glosses over who was really responsible for what took place on June 28, 1969.