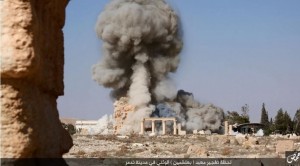 > Fraternity at Old Dominion University in Virginia sparks controversy with bed sheet-banners hung from frat house reading “Freshman daughter drop-off” and “Go ahead and drop off mom too.”

> Denver considers whether it will allow anti-gay Chick-fil-A to open up shop in its airport.

> Morrissey will publish his debut novel in September.

> Quentin Tarantino sounds off on True Detective, The Newsroom, and Cate Blanchett movies. 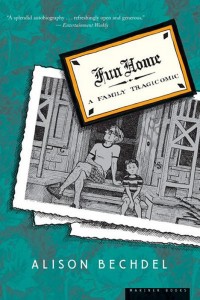 > Duke University weighs in on the controversy over Fun Home: “The summer reading is entirely voluntary–it is not a requirement, nor is there a grade or record of any student’s participation. With a class of 1,750 new students from around the world, it would be impossible to find a single book that did not challenge someone’s way of thinking. We understand and respect that, but also hope that students will begin their time at Duke with open minds and a willingness to explore new ideas, whether they agree with them or not.”

> Speaking of Alison Bechdel, let’s call it the Bechdel-Wallace test from now on.

> The Dow was doing well today. Until it wasn’t. 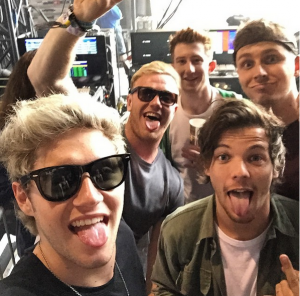 > The cast and crew of Ghostbusters bring the girl power.

> Joy Behar is coming back to The View…and Candace Cameron Bure will be joining her.

> Two men claim to have found a mythical train of Nazi gold.

Previous Post: « Chris Christie: ‘Businesses Should Not Be Allowed To Discriminate’ Against LGBT People – VIDEO
Next Post: When You Come Back from Mykonos »